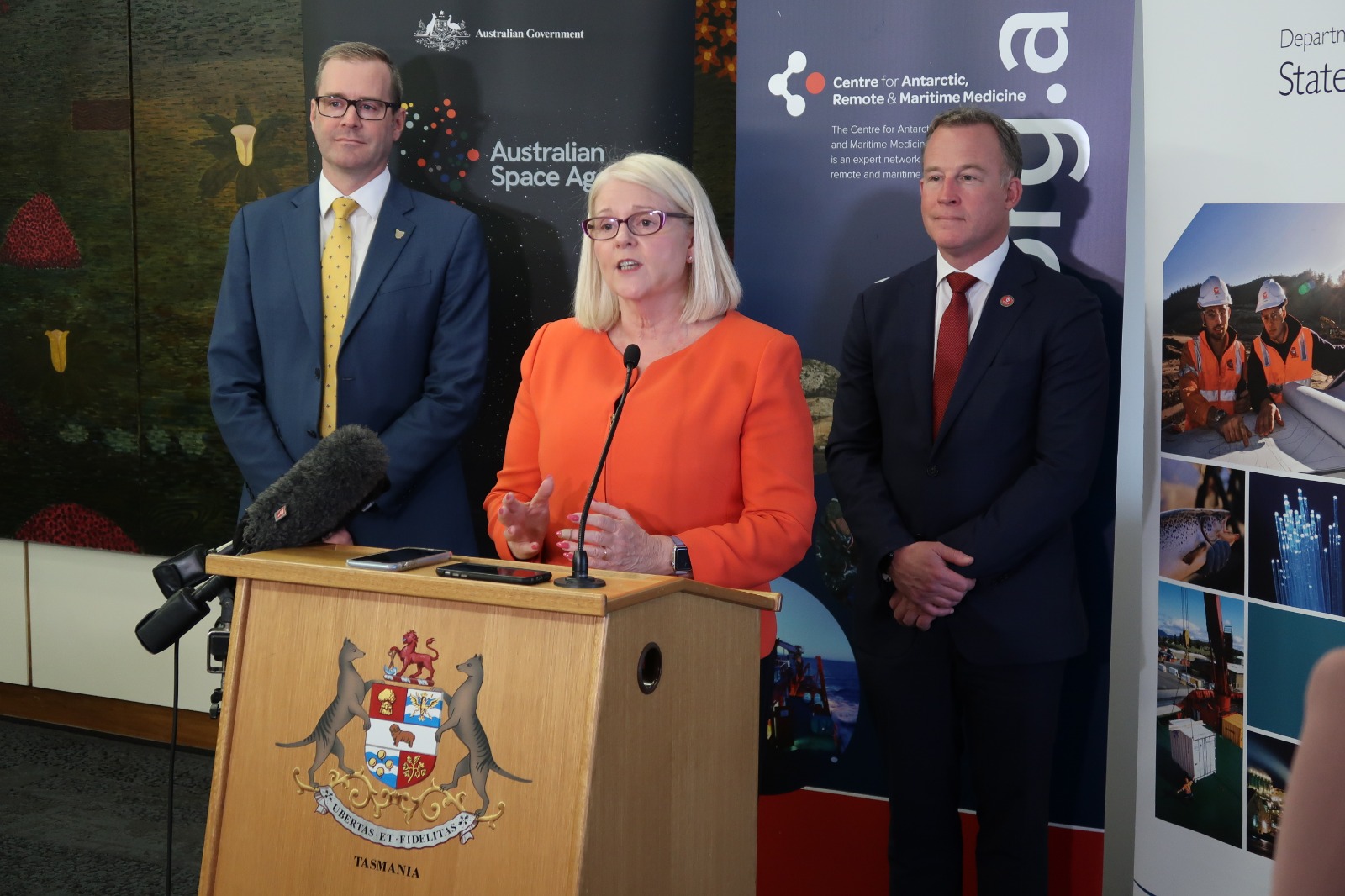 Yesterday’s agreement with the Australian Space Agency will open the door to expand our science and technology sectors, drive economic growth and create even more skilled jobs for Tasmanians that will be vital for our future.

Full text of the media announcement:

Tasmania will benefit from job-creating investment as the Morrison and Hodgman governments work together to advance the state’s space industry, today signing a Memorandum of Understanding (MoU).

Federal Minister for Industry, Science and Technology Karen Andrews said the signing is an important step in integrating the work of the Australian Space Agency with Tasmanian efforts and capability.

“The space industry presents tremendous economic and job opportunities for Tasmania and all of Australia, especially after this week’s $150 million commitment from the Morrison Government to invest in Australian businesses to contribute to NASA’s Moon to Mars mission,” Minister Andrews said.

“This MoU establishes a framework for Tasmanian businesses and organisations to get involved in the booming space industry.

“The agreement will support Tasmanian businesses and research institutions to participate in international space projects and missions, while supporting the development of space skills in the state’s workforce.”

Tasmanian Premier Will Hodgman said the signing was an exciting development and Tasmania was ready to participate fully in supporting local industries, job-creating investment and the national effort in space.

“Advanced manufacturing is a key economic driver for our state, and the Government is firmly committed to maintaining the growth in this important sector, which directly employs around 18,500 Tasmanians,” Premier Will Hodgman said.

“Today’s MoU, coupled with our strategies to grow our advanced manufacturing and science and technology industries, will further enhance Tasmania’s reputation for high-quality, niche products and give our businesses the confidence and opportunity to grow.”

“Tasmania’s investment in new hypobaric facilities, growth of our advanced manufacturing skills base, our radio telescope network and our Antarctic gateway put Tasmania in a strong position,” he said.

“Through signing this MoU, our tracking facilities will play an even more prominent role in the next chapter of space exploration,” he said.

The MoU will also support the rollout of the Space Infrastructure Fund starting this year, which will invest $1.2 million in space tracking facilities in Tasmania.

The fund will support the upgrade of existing infrastructure to commercial standard to allow precision tracking of satellites and spacecraft for orbit and de-orbit tracking.

This MoU will also build awareness of the geographical advantages of Tasmania for the space industry and the specialist capabilities the state brings to space science and remote medicine as pioneered by the Australian Antarctic Division.

The Morrison Government has invested $533.3 million in Australia’s space capabilities as part of our plan to triple the size of the sector to $12 billion and create an additional 20,000 new jobs by 2030.