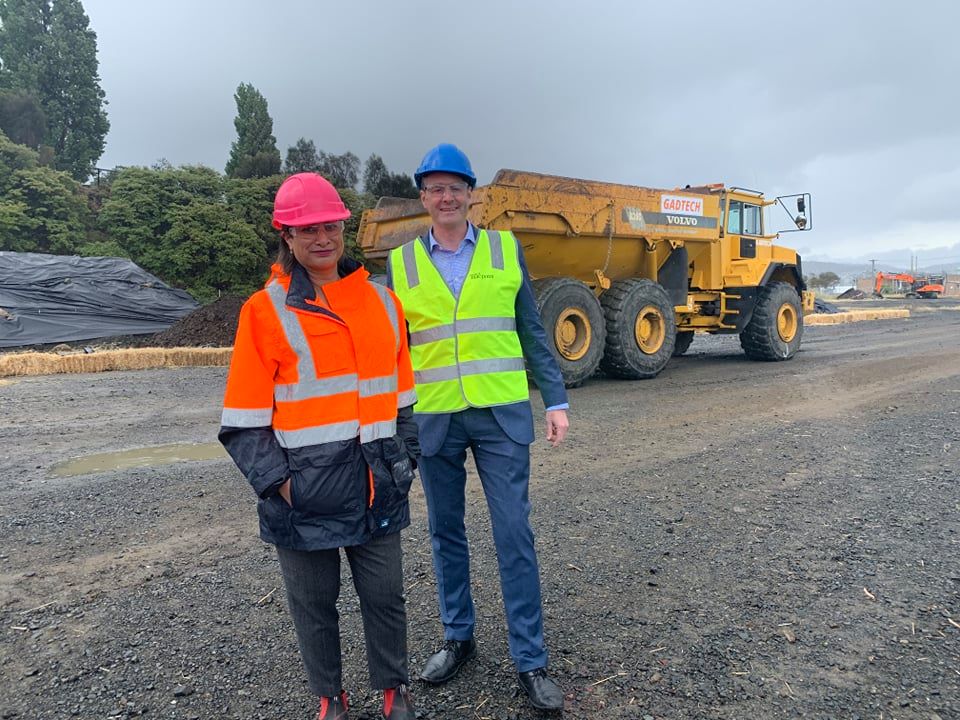 In a significant step towards realising the Macquarie Point Masterplan, the first sod has been turned on site to prepare the first parcel of land for development.
The Hodgman majority Liberal Government is delivering a once-in-a-lifetime development at Macquarie Point for Tasmanians now and into the future.
Excavation work has begun on the northern boundary of the site with remediation work to include; the removal of concrete, demolition of a shed, the removal of the former concrete batching plant and the stockpiling of soil.
Over the next three months around 6,000 tonnes of soil, equivalent to an Olympic size swimming pool, will be removed from site then tested ahead of being transported to Copping Landfill.
Around 26 direct jobs will be created during the remediation work, which is supporting local jobs and helping to stimulate our economy.
Once the remediation work is complete, the next step will be to construct the road which will allow access to the first parcels of land that will be offered for development in the new-year.
This is an exciting time for Macquarie Point and the legacy we will leave will be one that is well considered, responsible and something to be enjoyed for generations to come.
The Government is looking forward to continuing to deliver the exciting Macquarie Point Masterplan, which will drive the future of this important site.