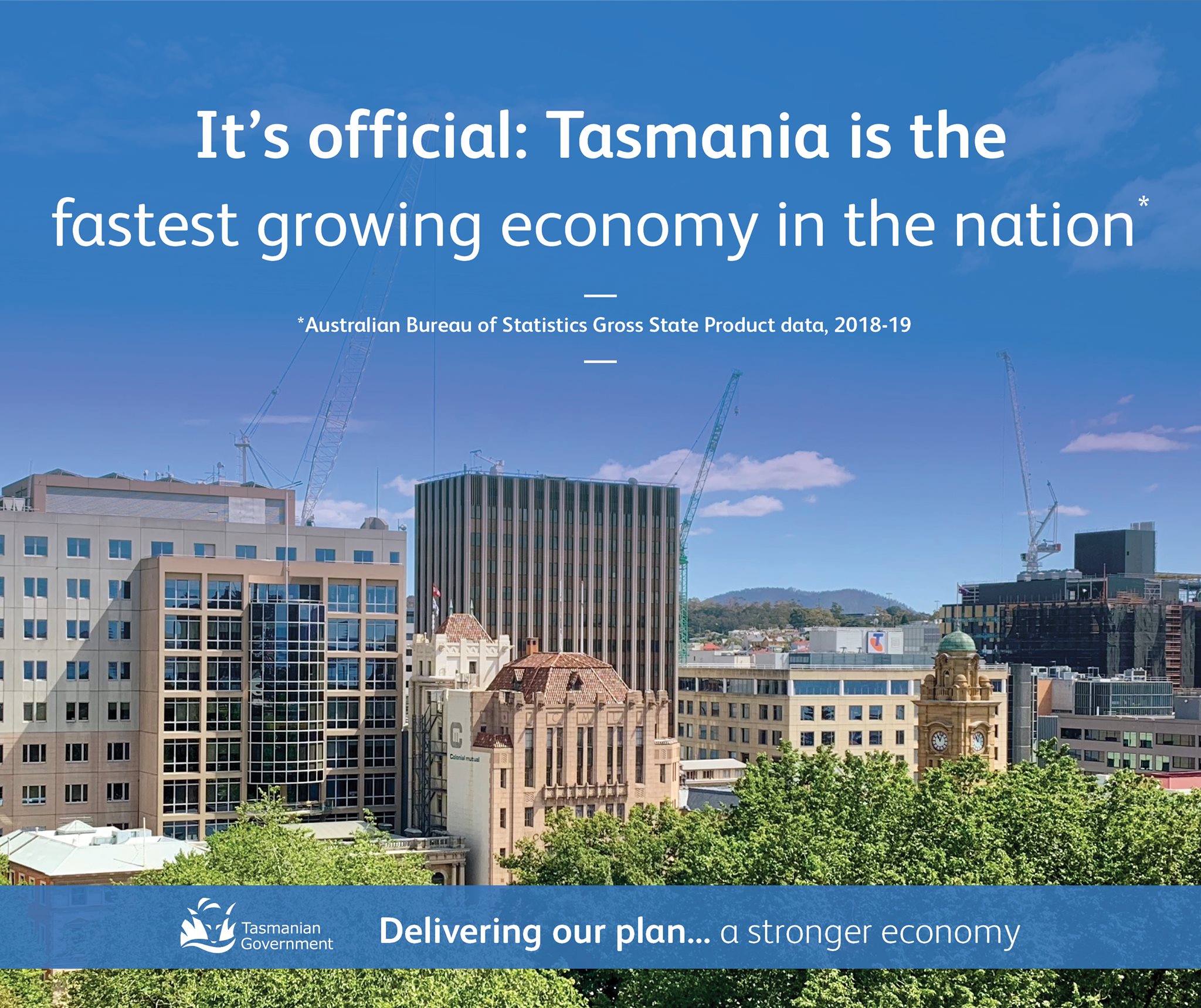 Tasmania is the fastest growing economy in the nation.
Australian Bureau of Statistics Gross State Product data for 2018-19 released today – the primary measure of a state’s economy – shows that the Tasmanian economy is the fastest growing in the country.
This extraordinary result is the first time since the series began in 1989 – thirty years ago – that Tasmania’s economy grew the fastest in the nation.
In 2018-19 the Tasmanian economy grew 3.6 per cent, the highest growth rate of all of the States and Territories, and nearly double the national GDP growth of 1.9 per cent. It is the fastest economic growth recorded in Tasmania in fifteen years.
In another series first for Tasmania, all 19 industry sectors grew throughout the year, meaning that our economic success is diverse and broad-based, benefiting our businesses, right around the state, and creating jobs.
Since the state was plunged into recession in 2012-13 under Labor and the Greens, the Hodgman majority Liberal Government has completely turned our state around. Our budget is balanced, 15,800 jobs have been created, and Tasmania is a prouder more confident place to be than ever before, taking advantage of our strengths and the opportunities before us.
This extraordinary outcome demonstrates the resolve and commitment of the Government to grow our economy and create jobs, so that we can invest record amounts into essential services and infrastructure for our booming state. Our plan is clearly working, but we know there is more to do to ensure that all Tasmanians can share in our new-found economic prosperity.