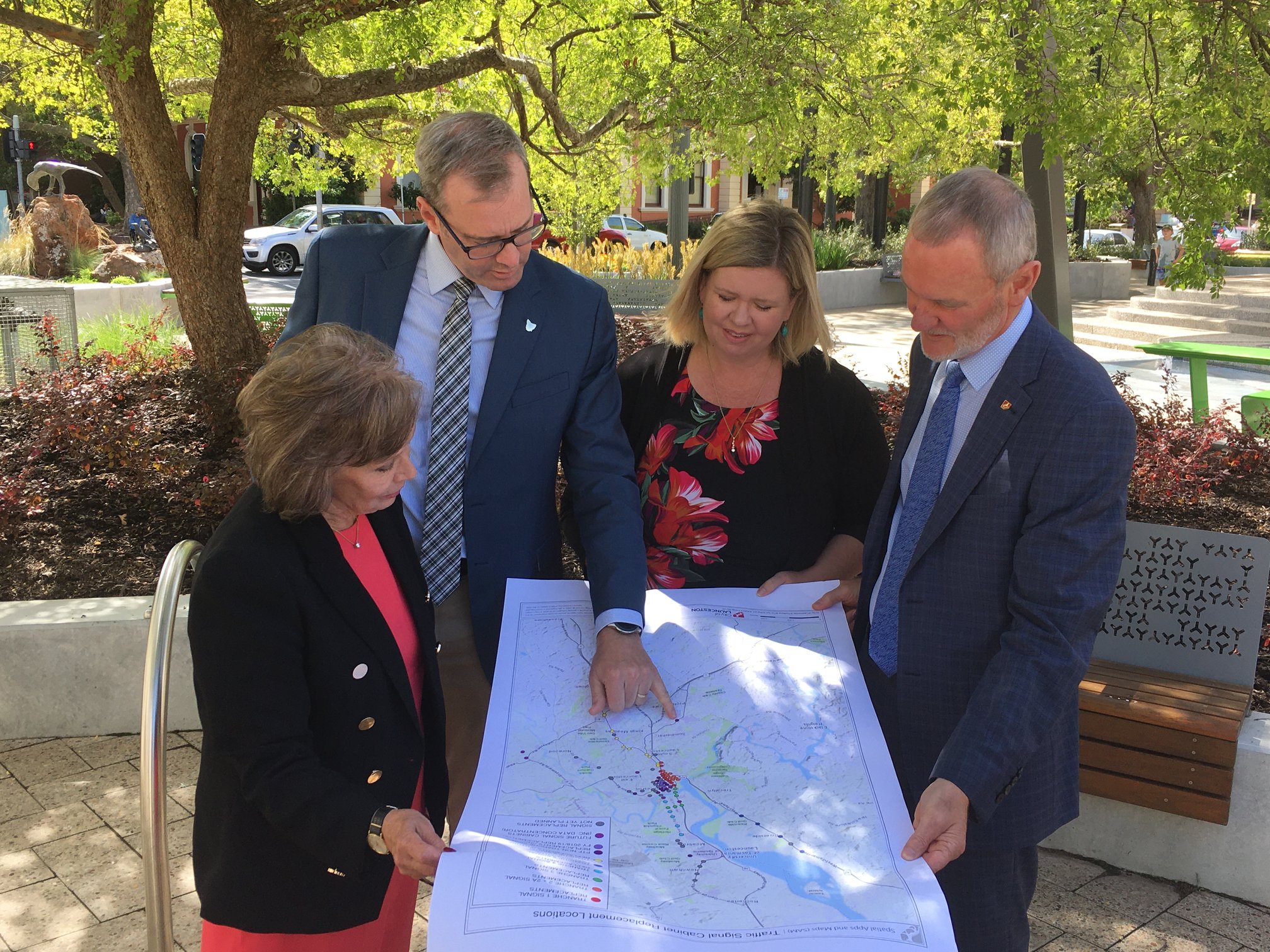 Work has started on an innovative smart traffic monitoring and signalling system in central Launceston that will bust congestion and improve liveability.

Through a new system of live streaming, traffic flow within Launceston will be better managed across the city.

“Through our commitment to the Launceston City Deal, we are using technology-based solutions to improve the liveability in Northern Tasmania,” Mr Tudge said.

The smart traffic system is exactly the type of project the Launceston City Deal was intended to deliver.

By being smarter in how we plan and manage traffic by using new and emerging technology, we are making Launceston the most liveable regional city in Australia.

The Launceston Smart Traffic project will transform how we plan and deliver transport infrastructure and ensure we can effectively manage current demands and the future growth of the city.

An example of a practical outcome that will be achieved by the smart traffic system is that the instances of cars waiting at red lights for no reason will reduce, which will facilitate traffic moving through intersections in accord with demands.

Federal Member for Bass Bridget Archer said the investment in a live-streaming multi-modal traffic system would also encourage use of alternative modes of transport.

“Inspiring people to use and connect with the ‘internet of things’ will not only make Launceston an even better place to live but encourage more entrepreneurs and start-ups to set up here in Tasmania, benefitting the economy.“

City of Launceston Mayor Albert van Zetten said he was grateful for the continued cooperation between the three tiers of governments through the City Deal, as well as the support to upgrade the city’s traffic signal system.

“Once this upgrade is complete and operational towards the end of the year, particularly in conjunction with the other upgrades across the Invermay area over the next 12 months, there will be noticeable improvements right across our traffic network,” Mayor van Zetten said.

“This upgraded system will have a positive outcome for motorists, such as the ability to reduce travel times though improved synchronisation of the traffic signal network, which will become more adaptable and flexible to changing needs of motorists now and into the future.”

West Tamar Council Mayor Christina Holmdahl said the project was proof that the City Deal is working to benefit the whole region.

“For our municipality, the most important part of the City Deal is that it delivers right across Greater Launceston, because we know the impact that traffic flowing from the West Tamar has on the city,” Mayor Holmdahl said.