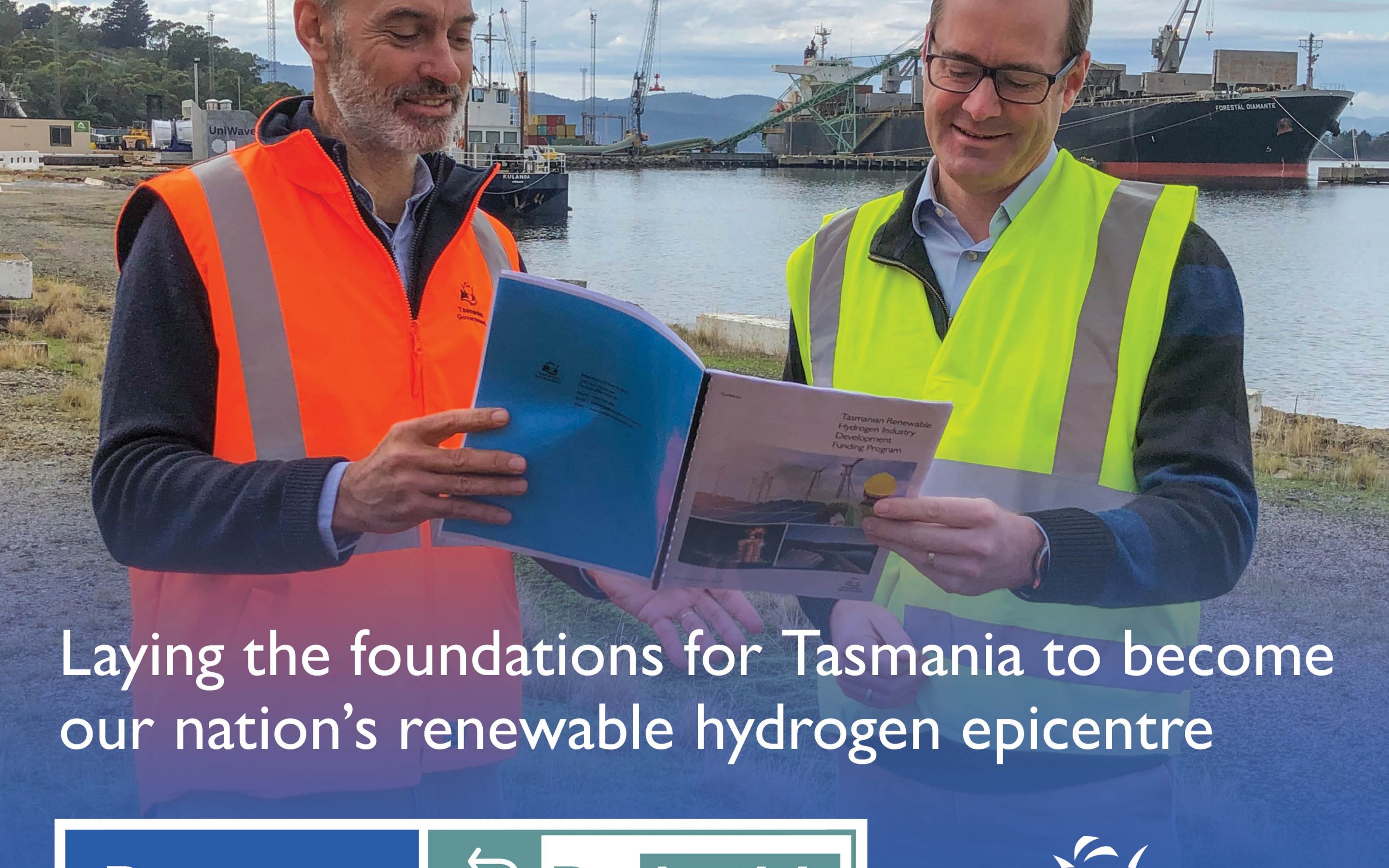 The Tasmanian Liberal Government is laying the foundations for Tasmania to become Australia’s renewable hydrogen epicentre with a $50 million support package, which is the largest of any state or territory.

Tasmania’s renewable energy initiatives including Renewable Hydrogen development, Battery of the Nation and Marinus Link, will play a lead role in Tasmania and the nation’s economic recovery from coronavirus, driving business investment and creating thousands of local jobs, many in regional areas.

“The Tasmanian Renewable Hydrogen Action Plan is the Tasmanian Government’s vision to use our abundant existing and expandable renewable energy resources to commence production of renewable hydrogen by 2022-2024, and to be a global producer and exporter of hydrogen by 2030,’’ Energy Minister Guy Barnett said.

“The Action Plan indicates that a 1,000 megawatt renewable hydrogen facility (approximately enough power for 1 million households) would create an estimated 1,000 – 1,200 local jobs, and support a further 2,000 megawatts of renewable energy investment in our State.

“While other states are relying on coal-fired energy to produce hydrogen, Tasmania has the unique opportunity to use hydro and wind energy to produce emissions-free hydrogen – known as ‘green hydrogen’ – up to 15 per cent more competitively than other parts of Australia,’’ Minister Barnett said.

The Tasmanian Government has identified Bell Bay and Burnie as Hydrogen Hubs and the Tasmanian and Australian government will work together to see how we can leverage existing resources and infrastructure to produce green hydrogen in these locations.

State Growth Minister Michael Ferguson said that businesses can now apply for a share of the comprehensive $50 million package of support measures.

“To kick-start the renewable hydrogen industry in Tasmania, we will invest $20 million through a Tasmanian Renewable Hydrogen Fund, provide up to $20 million in concessional loans and up to $10 million in support services which include competitive electricity supply arrangements and payroll tax relief. Applications open today and close on 18 August 2020,’’ Minister Ferguson said.

“To further support the industry the Tasmanian Government is looking at opportunities across government to increase hydrogen uptake including rolling out hydrogen buses, fleet vehicles, ferries and barges.

“With countries including Japan, South Korea, China and Singapore, planning hydrogen into their energy futures, the State has seen significant interest from a range of proponents seeking to produce emissions-free hydrogen at competitive rates. A number of national and international companies and consortia have already visited Tasmania to discuss our hydrogen future,’’ Minister Ferguson said.

The Tasmanian Liberal Government is getting on with driving investment and creating local jobs by realising our renewable hydrogen energy potential which will be vital as we rebuild Tasmania’s economy.

For more information on the Tasmanian Government’s plans for Hydrogen and Renewable Energy please visit: