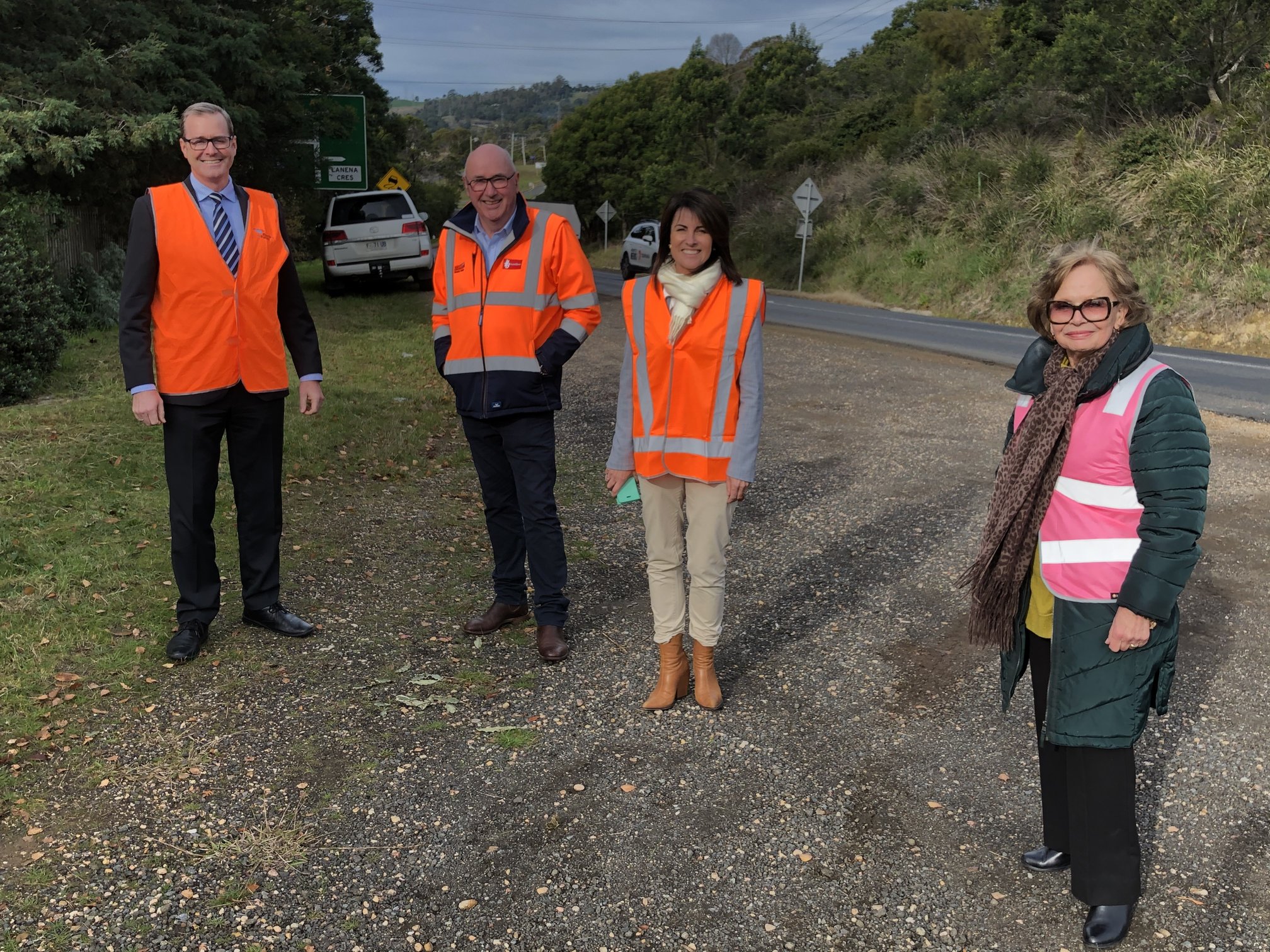 The Tasmanian Liberal Government is building the vital road infrastructure our state needs, with a number of projects already underway and even more being fast tracked to help stimulate the economy.

Today, we can announce Tasmanian business Hazell Bros Group has been awarded the contracts for the first four priority projects on the West Tamar Highway.

The four West Tamar priority projects form part of a $14 million package of works identified in the Tasmanian Liberal Government’s six-point plan to improve traffic flow and safety, and cater for future development along the West Tamar Highway.

We have committed to improve the liveability of communities along this highway by making it safer, and improving travel time reliability to and from Launceston.

The four projects identified under this plan will commence construction in Spring this year, with upgrades including:

This highway is the primary commuter road corridor to Launceston for residents in the suburbs of Trevallyn, Riverside, Legana, Rosevears, Bridgenorth, Grindelwald, Exeter, Beaconsfield and Beauty Point.

It is also an important tourist route around the Tamar Valley wine region and is a gazetted B-Double route. The corridor also functions as a key recreational and commuter cyclist route to and from Launceston.

While we are getting on with projects like this one, we are also fast tracking other projects, and injecting an additional $40 million into road and bridge projects.

As part of our plan to boost the economy and secure jobs for Tasmanians, we are expediting procurement for 12 road construction projects under the COVID-19 Economic Support Package.

The first tranche of projects are now out to market, including:

A further nine projects will be put to market under this process and will include bridge strengthening works, the upgrade of Binalong Bay Road, the Bruny Island landside infrastructure, and road widening works on the Midland Highway between Powranna and Tunbridge.

As part of our infrastructure blitz to rebuild a stronger Tasmania, we are investing a further $40 million into roads and bridges over the next two years, bringing our total two year spend on roads and bridges to a staggering $793 million.

The new $40 million will be invested into much needed road and bridge upgrades, such as and including:

For more information on the West Tamar projects, visit https://www.transport.tas.gov.au/projectsplanning/road_projects/north_east_road_projects/west_tamar_highway_safety_-_improvements