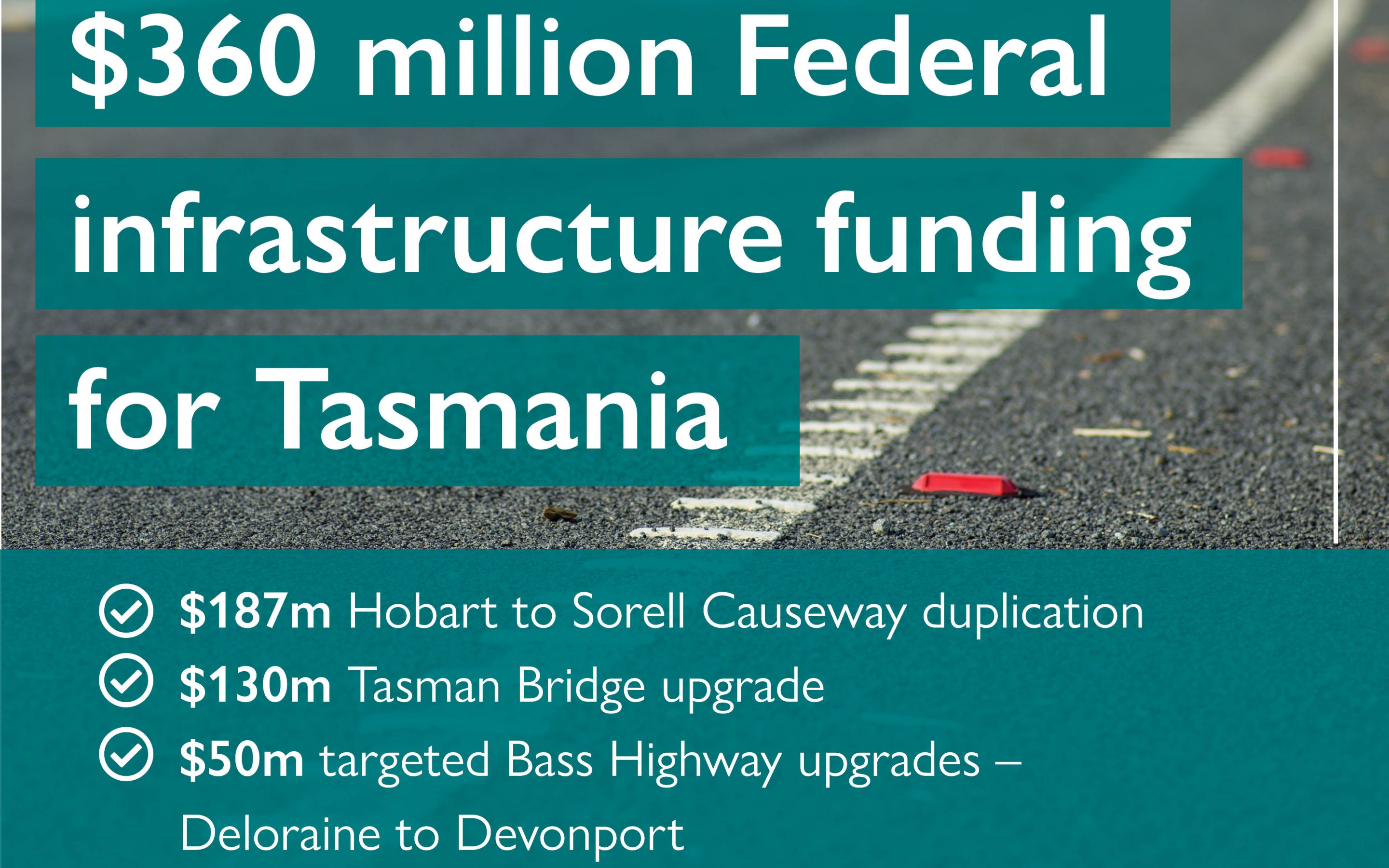 The Tasmanian Government welcomes today’s announcement of significant funding from the Australian Government to complete several key infrastructure projects around the State to stimulate the economy, get even more Tasmanians into work, and make our roads safer and more efficient.

The investment from the Morrison Liberal Government will include funding for the $187 million duplication of the Sorell Causeway. The duplication of the Sorell Causeway will ‘complete the set’ for our South East Traffic Solution, making huge improvements to the lives of commuters from the growing areas of Sorell and the Southern Beaches in terms of travel times, safety and amenity.

This funding builds on the $162.5 million already committed, including the Hobart Airport Interchange, the Midway Point intersection upgrade, the duplication from the airport to the western causeway, the Sorell southern bypass and the Arthur Highway overtaking lane (already completed). Further information on these projects is available at https://www.transport.tas.gov.au/projectsplanning/road_projects/south_road_projects/south_east_traffic_solution

There is a heavy reliance on motor vehicles for transport in the Sorell region, and this massive package of projects being undertaken in partnership between the State and Federal Governments will also be of significant benefit to the productivity of our freight industry and enhance the tourist experience for those travelling to areas such as the East Coast and Tasman Peninsula.

This investment complements the Tasmanian Liberal Government’s 2 year, $1.8 billion job-creating infrastructure investment program across the State, which has an estimated construction value of $3.1 billion and is expected to support 15,000 jobs.

The Federal funding also includes $65 million towards a $130 million upgrade of the Tasman Bridge, which will improve pedestrian and cyclist safety and provide upgrades to support future traffic growth.  We have worked up this new, exciting project that will link the Eastern Shore with the City with both active transport and safety treatments included.

These important infrastructure projects will create an estimated 2200 jobs in Tasmania at a time when we need them most as we build our way to recovery from the economic impact of COVID-19.

We now look forward to progressing these shovel ready projects further which will benefit Tasmanians for generations.