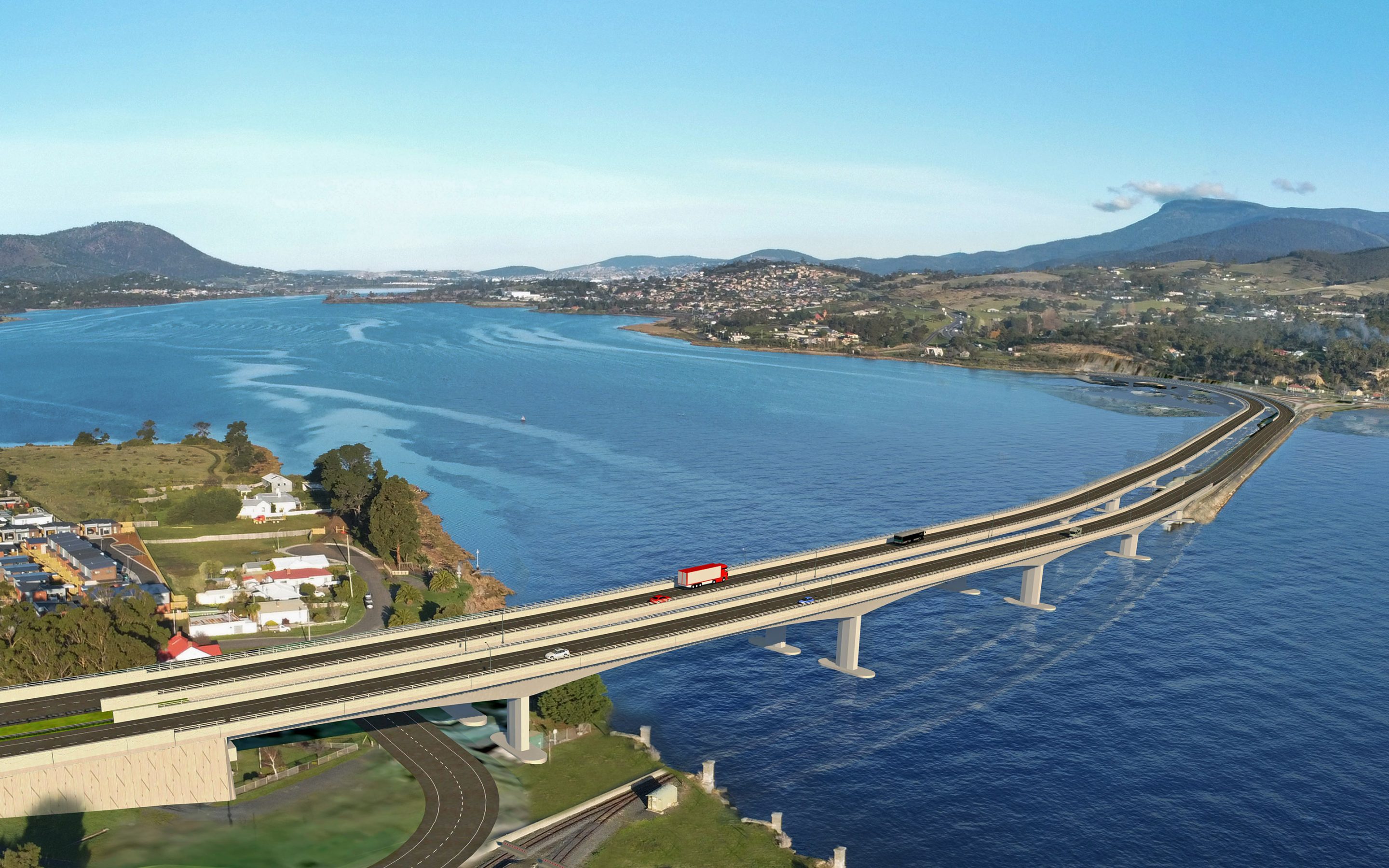 In a further boost for jobs, the Bridgewater Bridge replacement has become the first to be declared a Major Project under the Government’s landmark legislation.

The legislation provides for the independent assessment of projects that are ‘major’ in terms of the significance of their impact or contribution, scale, complexity or strategic importance at a regional level.

Today’s declaration marks a significant step for Tasmanian jobs and our economy as we continue to rebuild from COVID-19.

This is the first project to be declared under our Major Projects legislation, which will coordinate the assessment processes and approvals for this vitally important piece of infrastructure.

Now that it has been declared a Major Project, the  new Bridgewater Bridge proposal will be assessed by an independent expert panel, appointed by the Tasmanian Planning Commission, along with relevant statutory regulators.

The Australian and Tasmanian Governments have committed $576 million for the new Bridgewater Bridge, as part of the Hobart City Deal.

This is the largest single transport infrastructure project to be undertaken in Tasmania’s history and this declaration is an important step in its delivery. With the recent decision on the early contractor involvement of two leading tier one construction firms and today’s declaration, we are keeping this vital project firmly on track.

The Bridgewater Bridge is a critical part of strategic transport and freight links between Tasmania’s North and South, and its construction will create a significant number of jobs for Tasmanians and inject millions into our economy.

Building the new bridge will also improve safety and reduce congestion for the thousands of people who travel across it, including the surrounding road networks, every day.

The new Bridgewater Bridge will deliver a huge benefit to Tasmania by reducing transit times for both passenger and freight traffic.

The $461 million investment by the Morrison Government is the single largest infrastructure investment a Federal Government has made in Tasmania, and it will provide a major economic boost for the State as we continue with our economic recovery from the pandemic.