Heritage rail back on track to mark 150 years 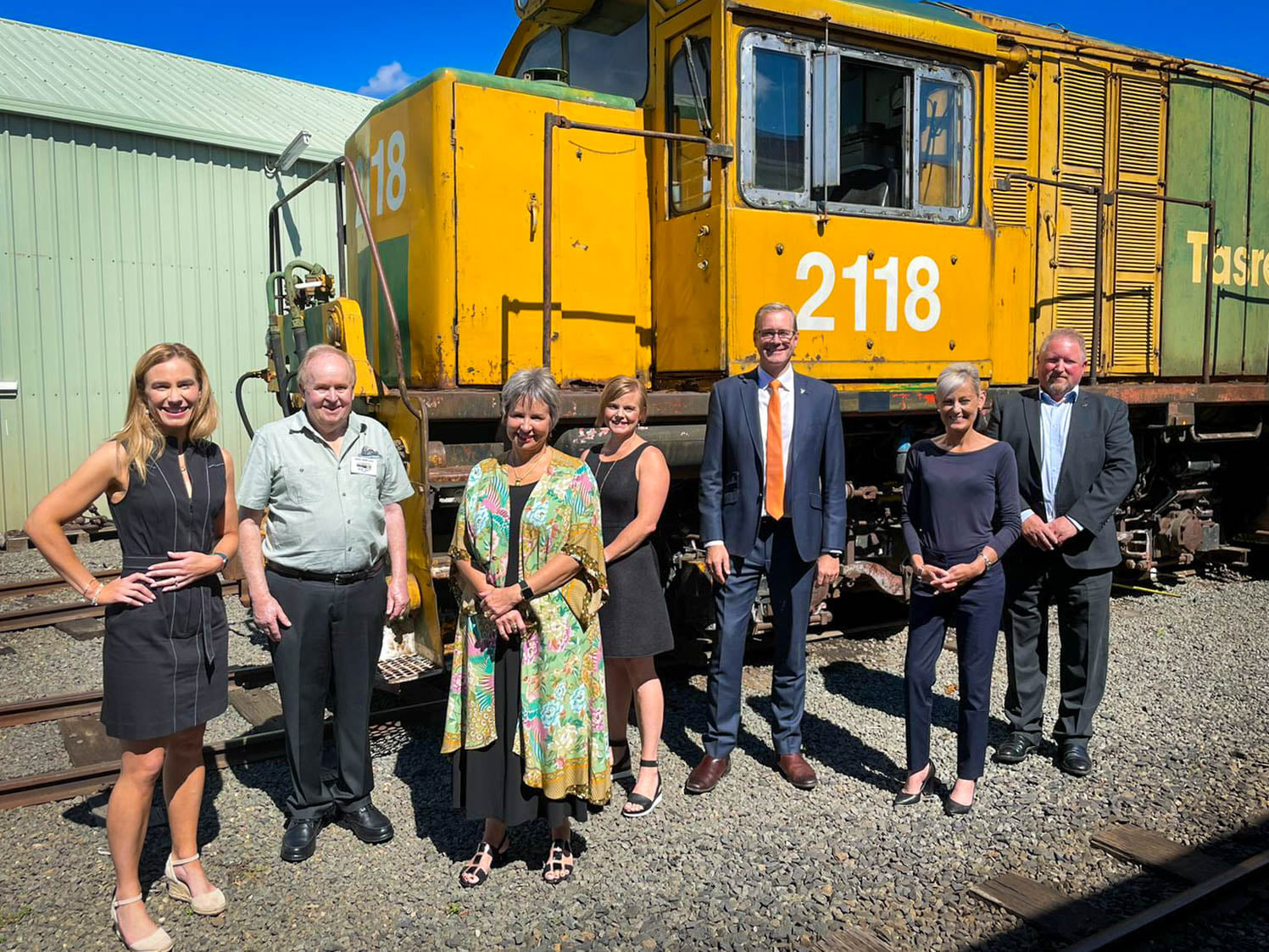 The 150th anniversary of rail in Tasmania has been celebrated with the official handover by TasRail of the 2118/ZA6 heritage locomotive to the Tasmanian Transport Museum.

This week marks the 150th anniversary of the opening of Tasmania’s first railway which ran between Launceston and Deloraine and was operated by the Launceston and Western Railway Company.

Following a 200 kilometre journey from TasRail’s East Tamar site in Launceston, the Tasmanian Transport Museum Society is working hard on the restoration of the 100-tonne locomotive to get it back on track.

To mark the anniversary we have also officially handed over five kilometres of currently unused track to the museum to expand their heritage rail operations.

This section of the rail corridor between Elwick Road in Glenorchy and Mentmore Street in Berriedale greatly increases the visitor experiences the museum can offer and is a significant upgrade from the 450 metre siding their operations were formerly restricted to.

Importantly, we have also made the way clear for these operations, as well as the Derwent Valley Railway, Don River Railway, the Launceston and North East Railway, to stay on the tracks with $600,000 to help cover the public liability insurance premiums required to operate visitor rail.

This support, being provided through the Tasmania Association of Tourist Railways, will cover 90 per cent of the cost of premiums in the first year, tapering off to a final 10 per cent over seven years.