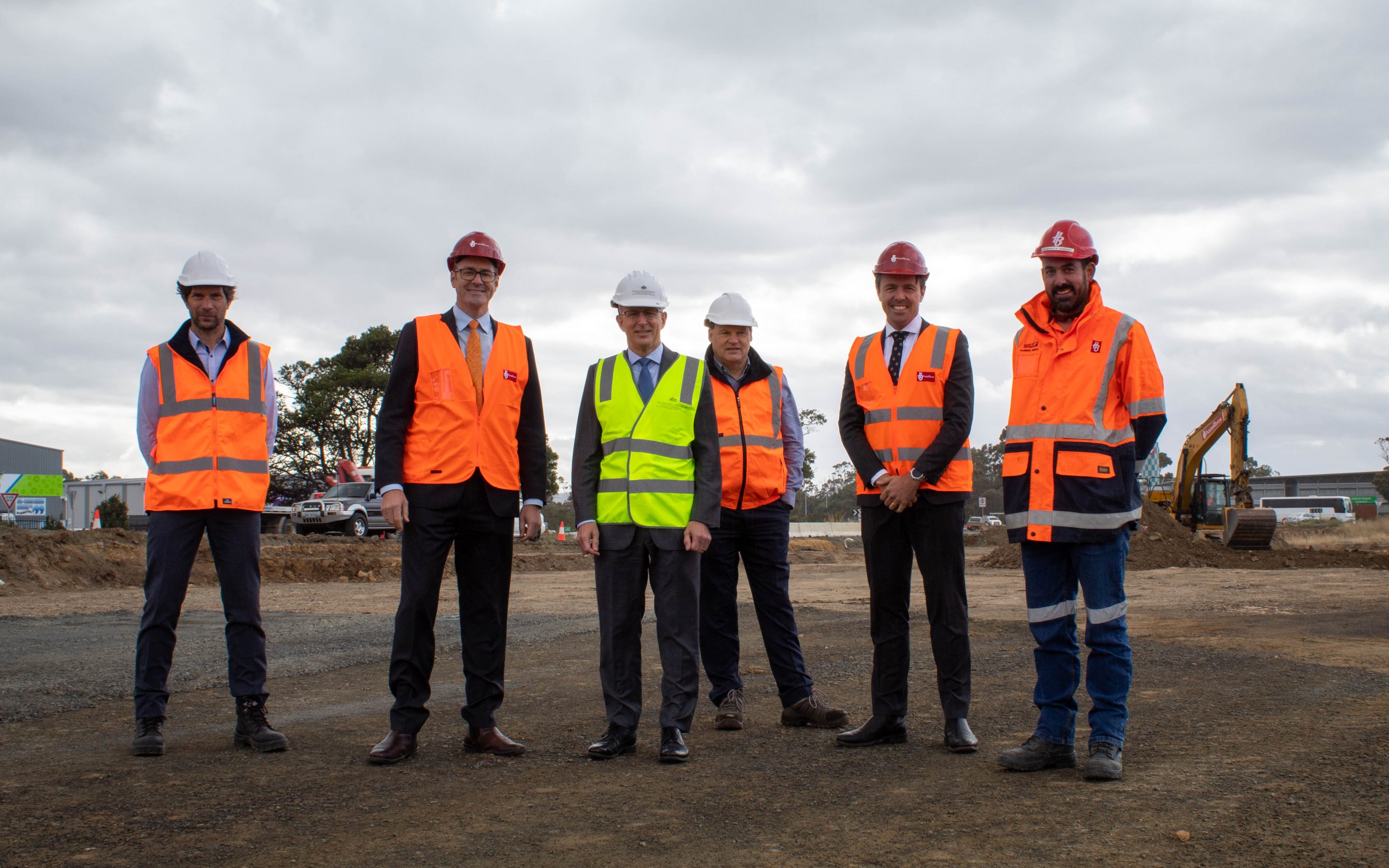 Minister for Communications, Urban Infrastructure, Cities and the Arts, the Hon Paul Fletcher MP, said the Australian and Tasmanian governments are jointly funding this important project through the Roads of Strategic Importance (ROSI) initiative, as part of the Hobart City Deal.

“The existing roundabout is nearing capacity, and predicted future population growth in the Sorell and southern beaches residential areas, currently one of the fastest in Tasmania, will continue to increase delays at peak times,” Minister Fletcher said.

Tasmanian Minister for Infrastructure and Transport, Michael Ferguson, said the upgraded interchange will relieve pressure on the intersection.

“The Tasmanian Government duplicated the lanes at the roundabout as an interim measure. The new interchange is designed to handle expected traffic growth by improving traffic flow and access to and from the Hobart International Airport while allowing all traffic to keep moving,” Minister Ferguson said.

The new interchange will lift the Tasman Highway over Kennedy Drive and Holyman Avenue with on and off ramps serving the connecting roads, while dual-lane roundabouts will be built underneath the highway to efficiently and safely control the intersections.

Assistant Minister for Industry Development Jonno Duniam said the project formed a significant part of the South East Traffic Solution, and would improve traffic flow for commuters travelling to and from Sorell.

“Sorell is one of the fastest growing areas of Hobart, with a population increase of 1.7 per cent per annum, nearly three times the Tasmanian rate,” Assistant Minister Duniam said.

“The route is not only experiencing high commuter growth, but also an increase in freight, which is leading to significant delays for roads users. This project will ensure people get home sooner and safer.”

Construction is scheduled to be completed before the end of 2022.

South East Traffic Solution (SETS) program is a joint funding commitment of $349.5 million by the Australian and Tasmanian governments.

The six SETS projects are aimed at ensuring the Tasman Highway meets the current and future needs of commuters, freight and visitors.

The first project, provision of overtaking lanes on the Arthur Highway, was completed in 2020. Construction has started on the Midway Point intersection and the contract will soon be awarded for the Sorell Southern Bypass with works to commence on that project later this year.

Work on concept designs for the $187 million duplication of the Midway Point and Sorell causeways is scheduled to start in 2021, with the Australian Government committing $150 million and the Tasmanian Government $37 million.