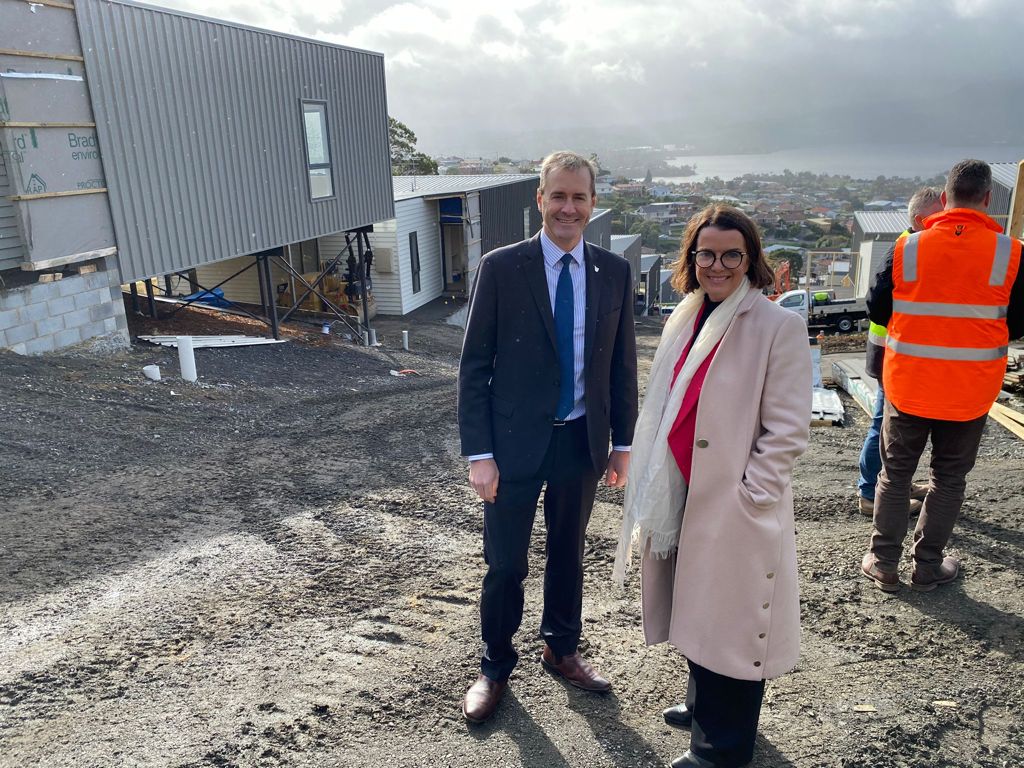 The Tasmanian and Federal Governments are working together to deliver safe and affordable housing in Tasmania as the Safe Places Emergency Accommodation and Hobart City Deal – Improving Social Housing programs progress.

Federal Minister for Families and Social Services and Women’s Safety Anne Ruston is meeting with service providers and local stakeholders in Tasmania this week to discuss responses to domestic and family violence and the state’s COVID recovery.

“We understand that having a safe and secure home is essential to the wellbeing of all Australians which is why we are committed to supporting the Tasmanian Government provide crisis and social housing accessible for those who need it such as women and children fleeing violence,” Minister Ruston said.

Jireh House, one of three Tasmanian organisations sharing in $4 million under the Government’s Safe Places Emergency Accommodation program, has met its first milestone and is on track to deliver two, three-bedroom homes for women and children by September this year.

“In addition, it is great to be able to report today that under the Hobart City Deal, 52 homes have already been tenanted and a further 10 homes will be available by the end of June 2021,” Minister Ruston said. “We hope these projects will assist Tasmanians who are doing it tough to get back on their feet and on a pathway to one day owning their own home which is our goal for all Australians.”

Federal Minister for Housing and Minister for Homelessness, Social and Community Housing Michael Sukkar said that under the Hobart City Deal, the Morrison Government was providing $30 million to build over 100 new social housing dwellings in Greater Hobart by June 2022.

Tasmanian Minister for State Development, Construction and Housing Michael Ferguson said Housing Choices Tasmania would deliver 32 much needed homes in Granton and Rosetta as part of an unprecedented investment into public housing and home affordability by both tiers of Government.

This investment is being complemented by the successful HomeBuilder scheme which will see over 3,200 new homes being jointly funded and built.

Our record investment of $615 million into social and affordable housing, and homelessness initiatives, including our record election commitment of $280 million will result in an extra 2000 homes by 2027. This is on top of the 1,500 already being built over the next three years.