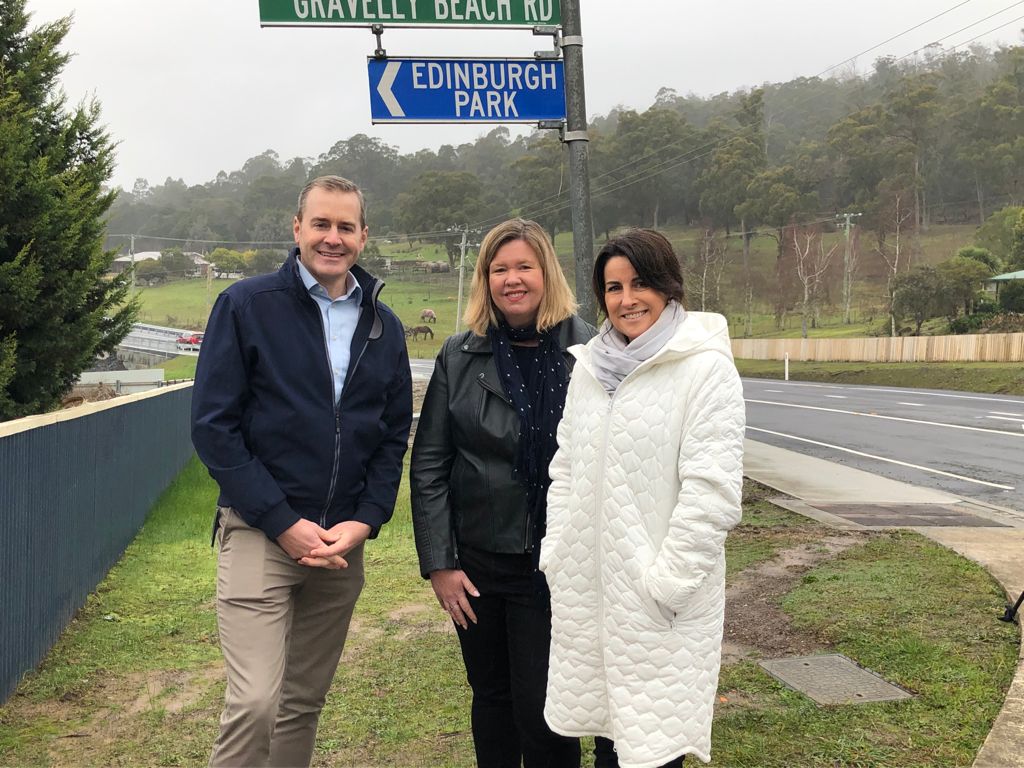 The Tasmanian Liberal Government is delivering better and safer roads around the State including four priority upgrades to improve the West Tamar Highway, north of Legana.

These works are the first stage of a series of projects to improve the safety and efficiency of the West Tamar Highway, with the plans now out for public comment.

These upgrades will improve the lives of communities along the highway by making it safer and improving travel time reliability to and from Launceston.

The three projects completed this month (July) include:

Work is also underway on the fourth and final project under this contract with the provision of overtaking lanes between Exeter and the Batman Highway intersection to be completed once warmer weather returns to complete the surfacing.

The four projects are part of the Government’s $12.5 million six-point plan to improve the highway north of Legana. Improvements near Lightwood Hills Road intersections and $1.5 million in cycling improvements have previously been completed.

The Tasmanian Government has committed to invest $84 million in upgrades to the East and West Tamar Highways. Building on the Australian Government’s commitment of $16 million to the West Tamar Highway, this will deliver a $100 million package of targeted upgrades to both sides of the Tamar, including lane separation, junction upgrades and overtaking lanes, and integrating with the new Tamar River Bridge.

Community feedback is currently being sought on proposed upgrades to the highway between the Launceston CBD and Legana.

Feedback is also being sought on proposed upgrades to the highway between the Launceston central business district and Legana. Plans are available at the West Tamar Council office or at www.transport.tas.gov.au