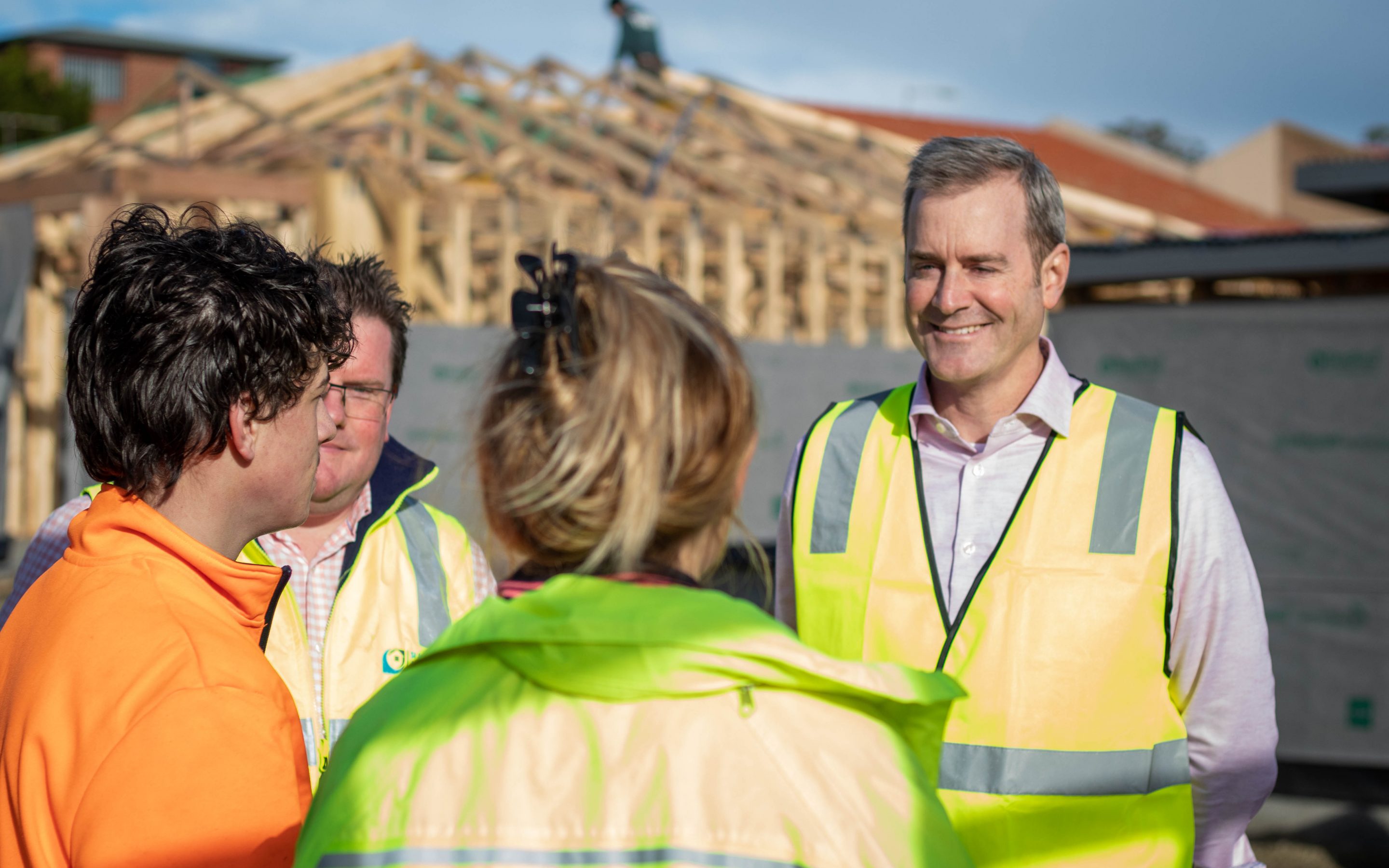 The Tasmanian Liberal Government is building more homes for our most vulnerable and improving social housing for tenants, while boosting our economy and creating jobs.

The Community Housing Growth Program (CHGP), announced last year is on track to deliver up to 1,000 new social and affordable homes over the next three years.

The Community Housing Growth Program is part of the Tasmanian Government’s record investment into social and affordable housing, and homelessness initiatives – from next month’s budget it will further expand to $615 million.

This will create jobs and provide a boost to the Tasmanian economy in the order of $812 million.

The second round will deliver a further 104 dwellings. The third and final round of the CHGP will meet the initial target of 1,000 properties by delivering:

As a result of these investments, new homes will be spread across 20 Local Government Areas, providing homes for those who need them most and underpinning jobs in every region of the State.

A key plank of the CHGP process is the further transfer of 2,000 public housing properties to community housing providers. This process will result in long-term management agreements until 2040 which will provide certainty and confidence for both tenants and financial institutions.

Community housing providers are critical to improving social housing because they have more ways of funding their housing services.

They will also offer greater confidence and capacity to borrow funds that will leverage hundreds of new homes over the term.

Delivery of this program will simultaneously strengthen Tasmania’s social housing system and ensure its sustainability as one of the nation’s most integrated and innovative models.