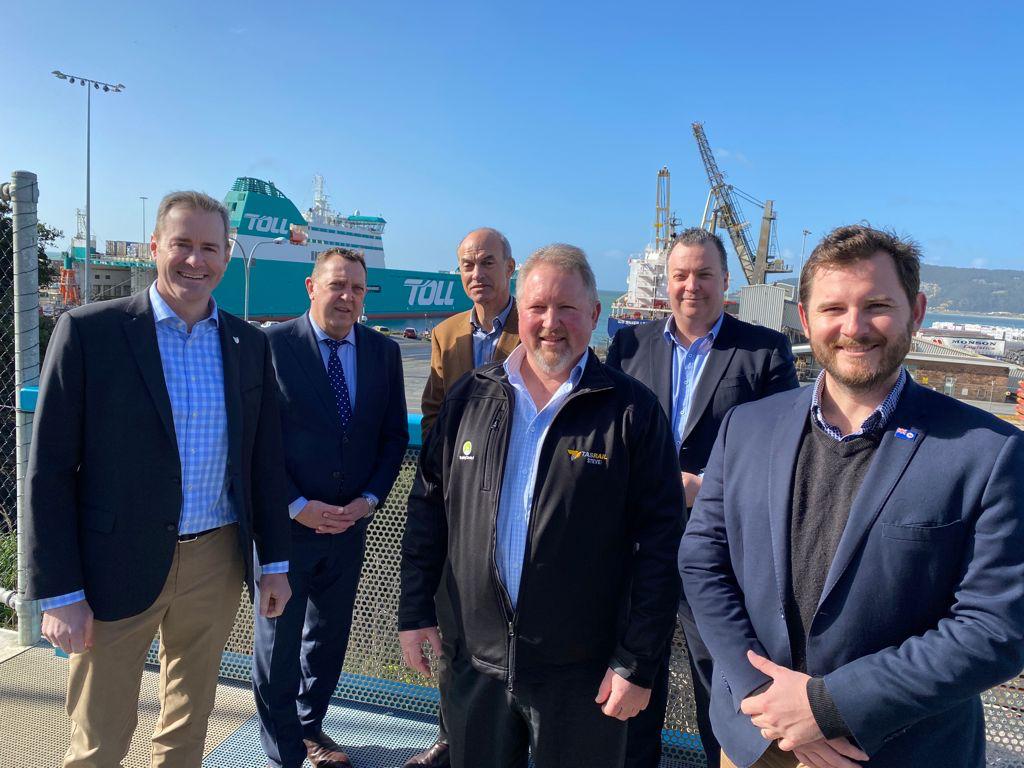 The Tasmanian and Australian Governments are working hard to deliver major infrastructure projects to support thousands of jobs around the State.

TasRail is finalising negotiations with Tasmanian company COVA Hayward Pty Ltd to design and construct its new bulk minerals shiploader at the Burnie Port, with a plan to award the contract in August. TasRail’s Shiploader is the mining industry’s main export facility and critical for the future growth of the minerals sector.

Federal Member for Braddon, Gavin Pearce MP, has welcomed the announcement, saying the Morrison Government’s $64 million funding commitment for the facility is a vote of confidence in the long-term future of the region’s mining industry.

“Our mining industry is both a major contributor to our state’s GDP and to jobs in the region. On top of that you have hundreds of downstream beneficiaries. This project will benefit everyone along that supply chain. It’s money well invested,” Mr Pearce said.

“TasRail’s current shiploader was built in 1969 and has since loaded millions of tonnes of commodities for export including copper, zinc, pyrite and a range of iron ore grades. With the current shiploader nearing the end of its economic life, the Australian and Tasmanian Governments have worked together to progress its replacement.”

Tasmanian Minister for Infrastructure and Transport, Michael Ferguson, noted that TasRail’s shiploading capacity is critical for our resources industry.

“Our world class miners have the option of delivering their material by rail or road to TasRail’s Bulk Minerals Export Facility that stores the mines’ product undercover ready for the export campaign. The new shiploader will approximately double the loading capacity per hour improving the mining industry’s productivity and efficiency,” Minister Ferguson said.

The new shiploader is not just a ‘like-for-like’ replacement. It will be designed to provide higher levels of reliability, meet contemporary environmental and safety standards, while delivering an increase in load rates per hour to approximately double that of the existing shiploader. It is estimated that there will be 140 full time jobs linked to the design and construction of the new shiploader, making it a major manufacturing project for northern Tasmania involving many local contractors.

With the contract planned to be awarded in August, the key design component will start immediately, followed by major fabrication commencing in early 2022, with the final installation and commissioning planned in the first half of 2023.

TasRail CEO Steven Dietrich said “We are very fortunate that COVA Haywards are a Tasmanian company with expertise in the area. Likewise, TasPorts’ support for the project has also been critical,” Mr Dietrich said.

“This is a complex project, requiring detailed and innovative planning to construct the new shiploader on an existing operational berth. Maintaining continuity of service for our customers is critical.”

TasRail will continue to maintain and operate the current shiploader for its customers.

We are also progressing a $145 million upgrade of the Port of Burnie, with a $5 million commitment to allow TasPorts to progress detailed engineering designs and ensure a business case can be presented to Infrastructure Australia.