Tasmania’s economy continues to lead the nation according to CommSec 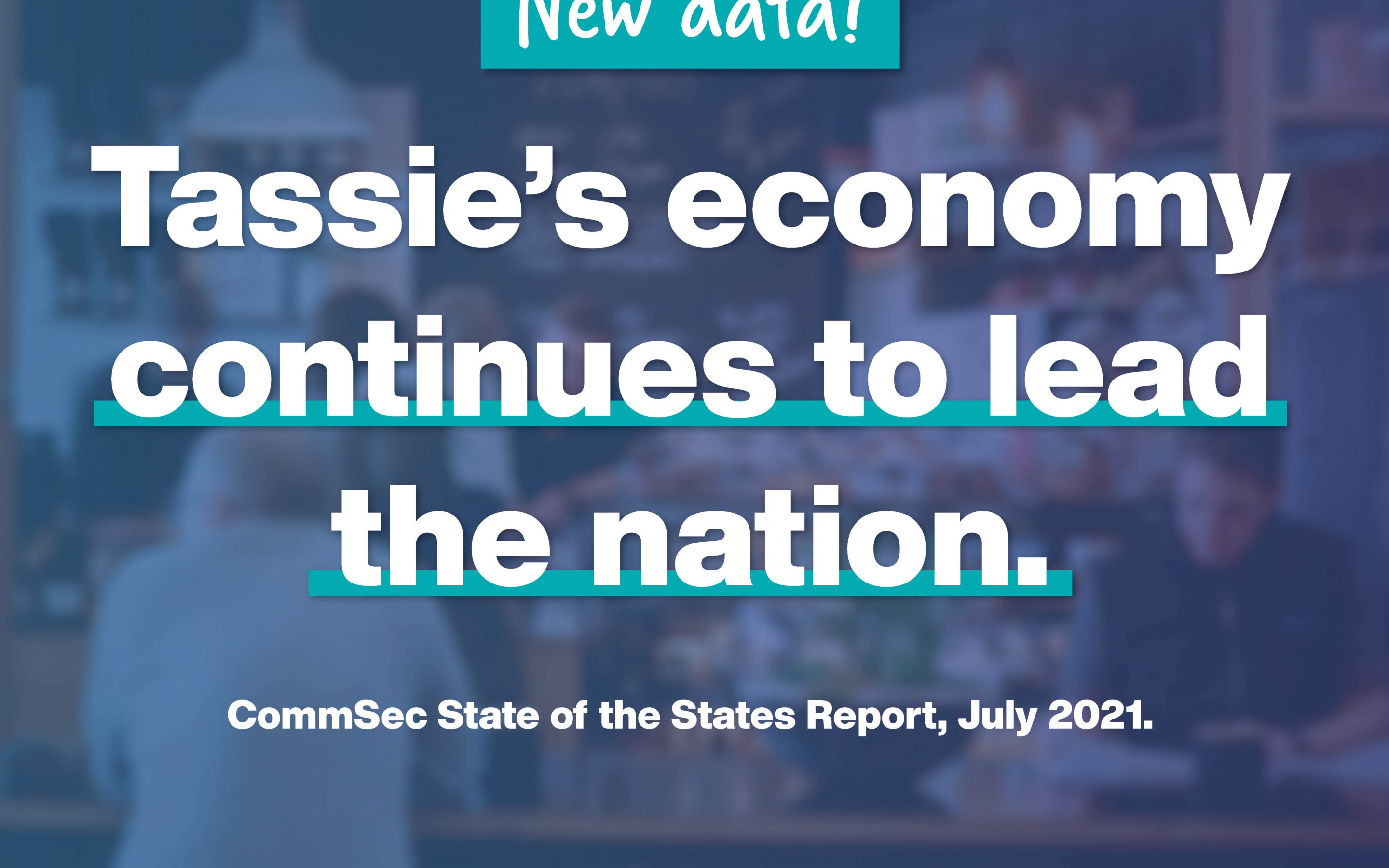 Tasmania’s economy is once again leading the nation according to the latest CommSec State of the States Report for July 2021.

The Report confirms Tasmania remains in top spot as the best performing economy in the country – having now held the mantle for the last six consecutive quarters.

This is fantastic news and confirms our plan to secure Tasmania’s future is working, with Tasmania on top in four of the Report’s economic indicators, including relative population growth, equipment investment, relative unemployment and dwelling starts.

Equipment investment in Tasmania was up 52.3 per cent on the decade average, demonstrating the resilience and confidence of our business owners who are willing to invest in their future after the disruption of last year.

Tasmania also remained in top spot for dwelling starts which were 61.1 per cent above the decade average, with CommSec stating that “Tasmanian dwelling starts were at 27-year highs”- a testament to our successful Construction Blitz and HomeBuilder Programs that have supported jobs and our economy through one of the most difficult years in memory.

Tasmania also led the nation on relative population growth, while also displaying the strongest wage growth in the year to the March quarter of 2 per cent.

Pleasingly, the momentum shows no sign of slowing down, with the Report noting “There are few signs of Tasmania giving up the position as top performing economy in the next six months.”

This is yet another positive endorsement of our Plan to secure Tasmania’s future, joining recent ABS Labour force data that confirmed Tasmania had the highest employment growth in the nation, with the highest number of Tasmanians ever employed.

The unemployment rate also dropped to 4.5 per cent – to be the second lowest in the nation, and amazingly, the lowest it’s been in more than 10 years.

But as we’ve seen recently, the COVID-19 pandemic remains an ever-present threat, and we know there is more work to do to continue these gains so that all Tasmanians can benefit.

That’s why we will continue to deliver our Plan to secure Tasmania’s future with our key focus on the health and safety of Tasmanians, while keeping our economy strong and creating jobs, right around the State.