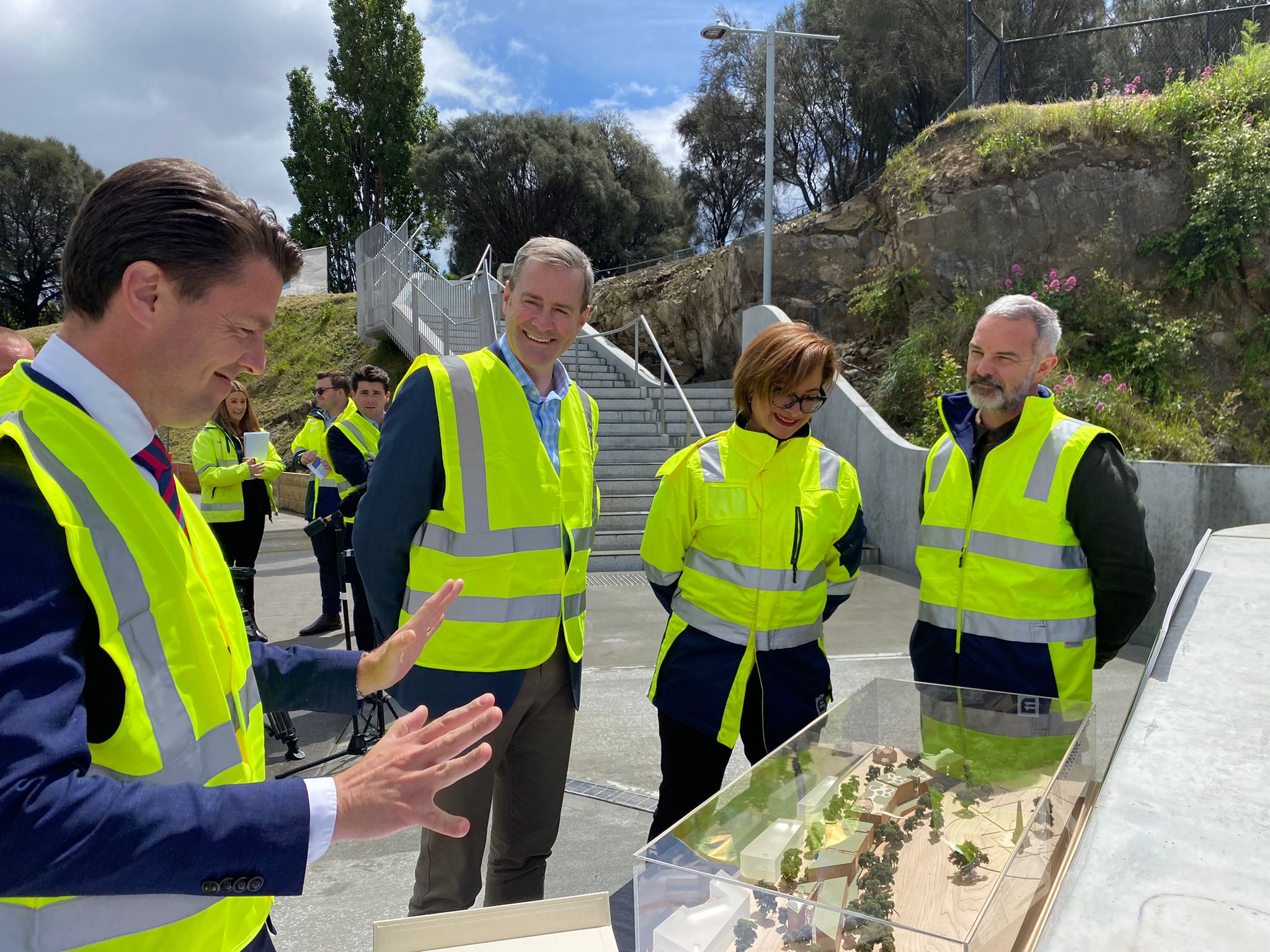 Macquarie Point has reached its next major milestone, with the release of the designs for the first buildings on the site following an outcome achieved between the board and bidders.

The sale of the first land release is drawing closer and this exciting parcel, The Escarpment, comprises more than 8,700m2 of prime real estate on the edge of Hobart’s CBD and is the cornerstone of the exciting Macquarie Point development.

Following a competitive process which saw strong local, national, and international interest, Melbourne-based developer Milieu has been identified as the preferred developer of The Escarpment.

This announcement comes after $45 million from the Australian Government into the remediation of the site to pave the way for the development of the Macquarie Point site.

Milieu’s $100 million development will incorporate a range of uses, including apartments, and short stay accommodation, retail, and hospitality. The development will also be widely accessible to the public, including a rooftop bar and restaurant, a green roof with public open space, and provide 24/7 direct access, including disability access, from Macquarie Point through to the Cenotaph.

Milieu’s development was chosen from a strong calibre of proposed options for the site, with Milieu’s design aligning to the overall vision for Macquarie Point, while acknowledging the site’s history, Tasmania’s Aboriginal history, and important linkages with the Cenotaph. Milieu’s design also provides significant public amenity and incorporates innovative design elements.

The development will also promote Tasmania’s clean and green image, with all apartment’s proposed to be fossil fuel free and powered entirely by renewable energy. Other sustainability initiatives include a green roof with rooftop solar, electric vehicle and e-bike charging and storage, and smart building design that reduces the building’s overall energy consumption.

These initiatives support the development’s strong sustainability credentials with a target NatHERS star rating of 7.5.

Importantly, the development will heavily feature local suppliers and employ Tasmanian firms throughout the construction and ongoing operation.

Milieu’s development of The Escarpment will provide a significant boost to our already strong economy, with the $100 million project anticipated to directly employ 215 FTE, and supporting a further 375 FTE during the construction period. Once complete, a further 110 FTE are expected to be employed for the ongoing operation of the site.

Following a successful market testing exercise earlier this year, the Government expects Macquarie Point’s second parcel of land, for The District, to also enter its competitive process early in the new year.

Macquarie Point will deliver a community asset that all Tasmanians will be proud to visit, go to work, or even call home for generations to come.