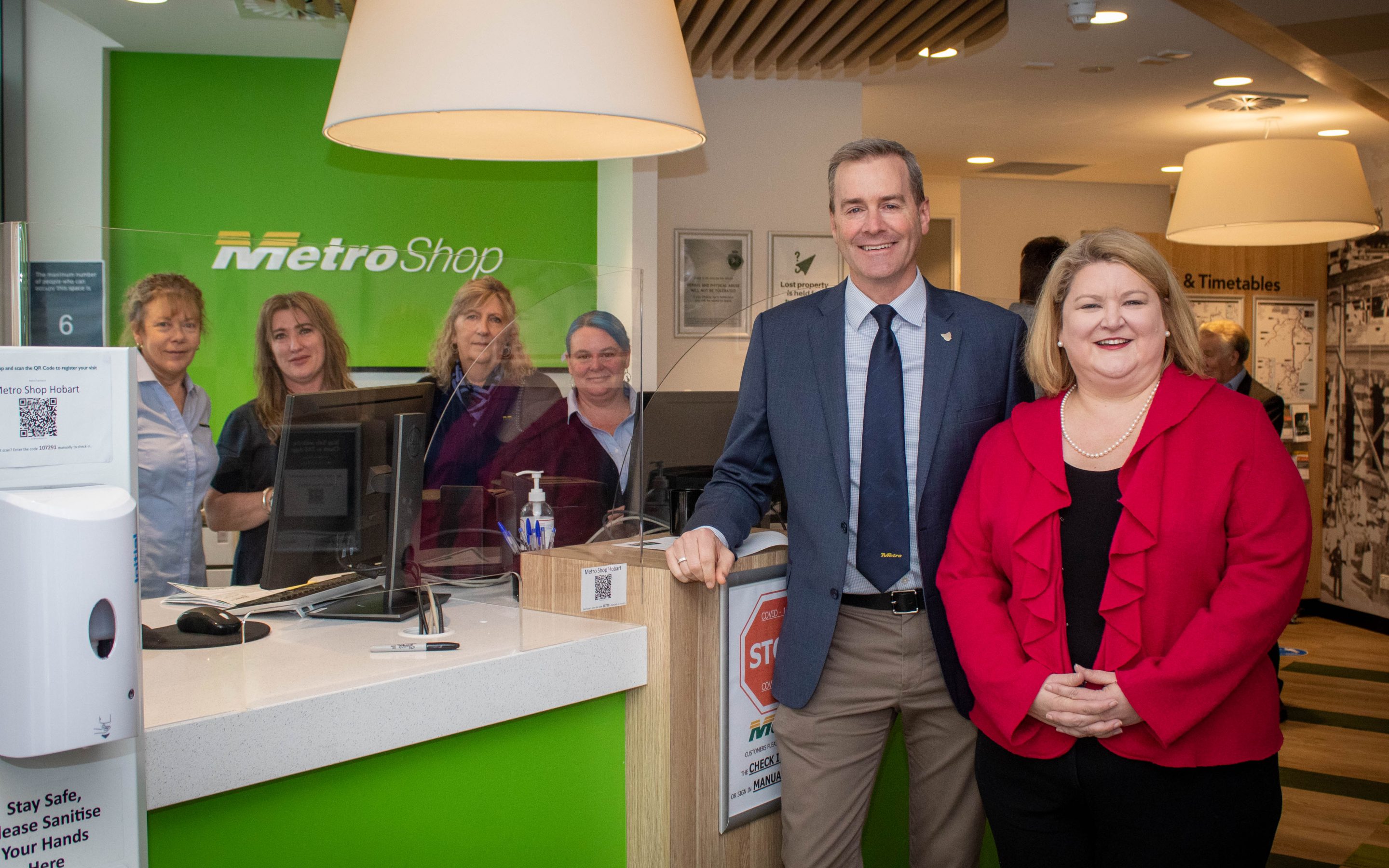 As part of its modernisation journey, Metro Tasmania has relocated its Hobart CBD Metro Shop to a larger, more modern space to make it even easier for our customers to access the services they need.

This new shop joins our new Metro Shop at the Moonah depot in presenting a fresh, modern and professional face to the travelling public.

Officially opened today, the shop remains a Greencard agent, one of 24 across the State. With more than 90 per cent of Metro customers using a Greencard, they can apply for a new card, replace a lost or stolen card and top up a card quickly and easily.

In 2021, the old CBD shop had more than 132,000 visitors and the Moonah Metro Shop had an additional 12,000. This represents almost 150,000 customers who received face to face service and advice from Metro’s customer service team.

They also issue on average 300 Greencards a week, with the number doubling in January and February.

The Tasmanian Liberal Government has committed $31 million to fund new buses and supporting infrastructure, including $6 million to upgrade all-access and all-weather bus stops, $20 million to deliver additional school and commuter buses on routes experiencing high demand, and $5 million for new park and ride facilities. In addition, $31.5 million will be invested in a modern integrated ticketing solution across all public transport providers.

It’s no wonder that key stakeholders hailed the Liberal Government as the best investor in public transport. The delivery of our commitments are making a real difference and there is much more to come.