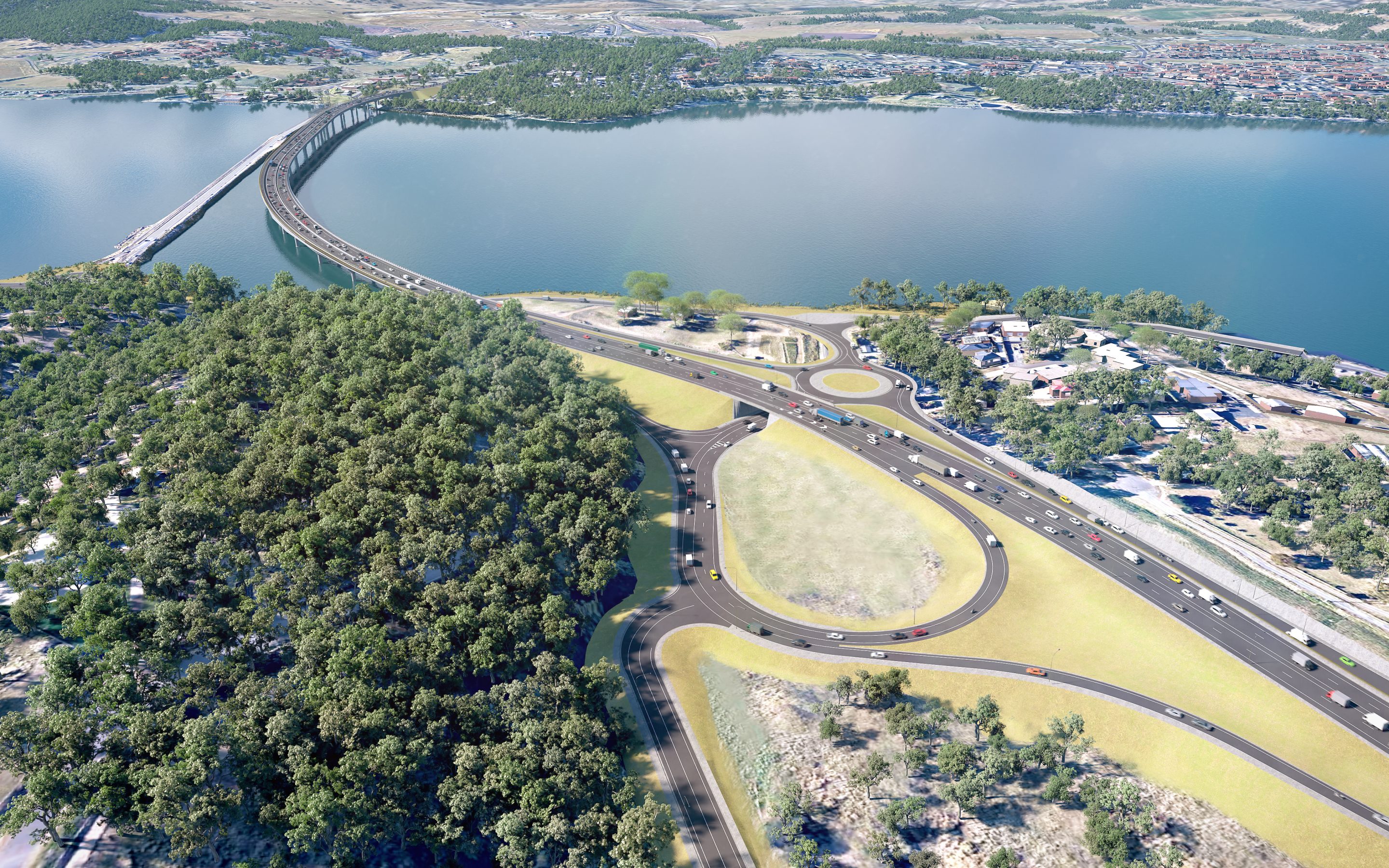 In the biggest milestone to date for the new Bridgewater Bridge project, McConnell Dowell Constructors Pty Ltd has been named as the preferred tenderer to deliver Tasmania’s largest ever transport infrastructure project.

The Australian Government has also committed an additional $167.8 million to get this crucial project delivered, bringing the Commonwealth’s total funding to $628.8 million.

“The upgrade will benefit approximately 22,000 people that travel across the bridge each day, including local residents, commuters and freight vehicles,” the Deputy Prime Minister said.

“Construction will support around 830 jobs, including the creation of more than 200 new jobs for locals. This will deliver an important economic boost to the local economy.

“Through this project and many others, Tasmanians are benefitting from the Australian Government’s record $110 billion investment in the infrastructure to get them home sooner and safer.”

Federal Minister for Communications, Urban Infrastructure, Cities and the Arts Paul Fletcher said the project is a key project in the $1.7 billion Hobart City Deal.

“This project is another example of all levels of government working together to guide and encourage investment to leverage Hobart’s natural amenity and build on its position as a vibrant, liveable and connected city.”

“The Tasmanian Liberal Government is serious about ensuring this project is cost-effective and is also a real benefit for the Tasmanians who use the bridge every day,” Minister Ferguson said.

“That’s why we are investing in these major improvements to the reference design so that we get the best result for all road users. We will continue to engage with the community as the project team and McConnell Dowell progress towards major construction starting in the second half of 2022.”

The winning design put forward by McConnell Dowell Constructors has been selected featuring a new, standalone four-lane bridge downstream of the existing bridge, including enhanced interchanges at Granton and Bridgewater, a shared path for cyclists and pedestrians and a navigation height matching the Bowen Bridge.

Following extensive consultation on the Government’s reference design in late 2020, a number of enhancements have been incorporated by the preferred tenderer into their design. These enhancements include a southbound on-ramp onto the bridge from Bridgewater, and more connections between the Brooker and Lyell Highways allowing easier access for motorists travelling to and from New Norfolk.

Senator for Tasmania Claire Chandler said locals were engaged throughout the development of the project to have input in the final design of the new Bridgewater Bridge.

“A number of changes requested by local residents have been incorporated into the final design for the new Bridge, including a direct route for drivers travelling between Hobart and New Norfolk without having to travel through a roundabout,” Senator Chandler said.

“The Australian Government’s increased investment in the project has allowed these changes to be included in the design.

“The new Bridgewater Bridge will provide immense economic benefits and improve transport times and freight efficiency for tens of thousands of Tasmanians driving over the bridge every day.”

The selection of the preferred tenderer follows a comprehensive procurement process that saw two competing tenderers working collaboratively with the Tasmanian Government over the past 12 months to develop their own designs and tenders for the project.

Major construction is due to start in mid-2022 following the approval of a Tasmanian Major Project Planning Permit, and the award of the design and construct contract.

A link to the animation and still images are available at: https://files.stategrowth.tas.gov.au/index.php/s/PIfe0B1SkqRFyA8

For more information and to view the chosen design visit https://bridgewaterbridge.tas.gov.au/home

More information on the Hobart City Deal is available at: www.infrastructure.gov.au/territories-regions-cities/cities/city-deals/hobart.