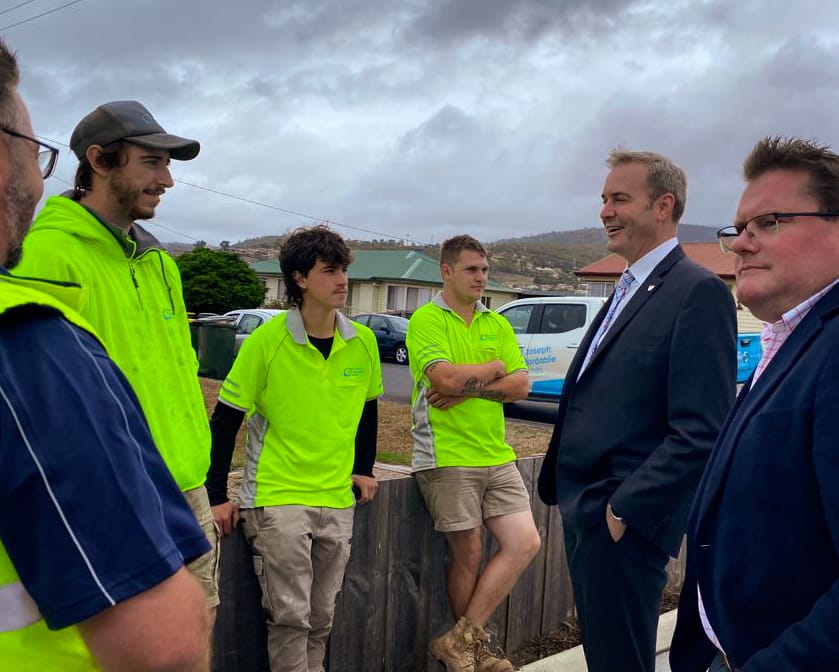 The Tasmanian Liberal Government’s record social housing investment is continuing to deliver for Tasmanians in need, with six new units ready to house priority applicants from the Housing Register.

The primary goal of the development at Jackson Street, Glenorchy, is to house young people aged 16-24 selected from the Housing Register.

The new units have been delivered as part of the Government’s record $615 million investment in social and affordable housing and homelessness initiatives. This includes a $280 million election commitment to extend the building program of new social housing, which is the biggest in this State for decades.

The funding will deliver 3,500 new homes by 2027 to Tasmanians in need and will help about 5,000 Tasmanian households out of housing stress or homelessness.

The six new one-bedroom units were funded under the Community Housing Growth Program Extension, which is providing an average of $145,000 per dwelling in the development.

The Tasmanian Liberal Government has made an investment of $870,000 into these units, which will contribute towards a total injection of more than $2.5 million into the local economy which is fantastic.

The funding is also supporting job creation, with the works helping St Joseph Affordable Homes take on new apprentices to complete the project.

The units have been developed on Director of Housing land subject to a 40-year ground lease to Centacare Evolve Housing.

The units have been designed to meet the Silver Level of the Liveable Housing Design Guidelines, meaning the properties ensure future flexibility and adaptability to avoid more costly modifications if required at a later date.

Centacare Evolve Housing is one of Tasmania’s Tier 1 community housing providers, managing more than 2,000 properties, including 1,200 on behalf of the Director of Housing.