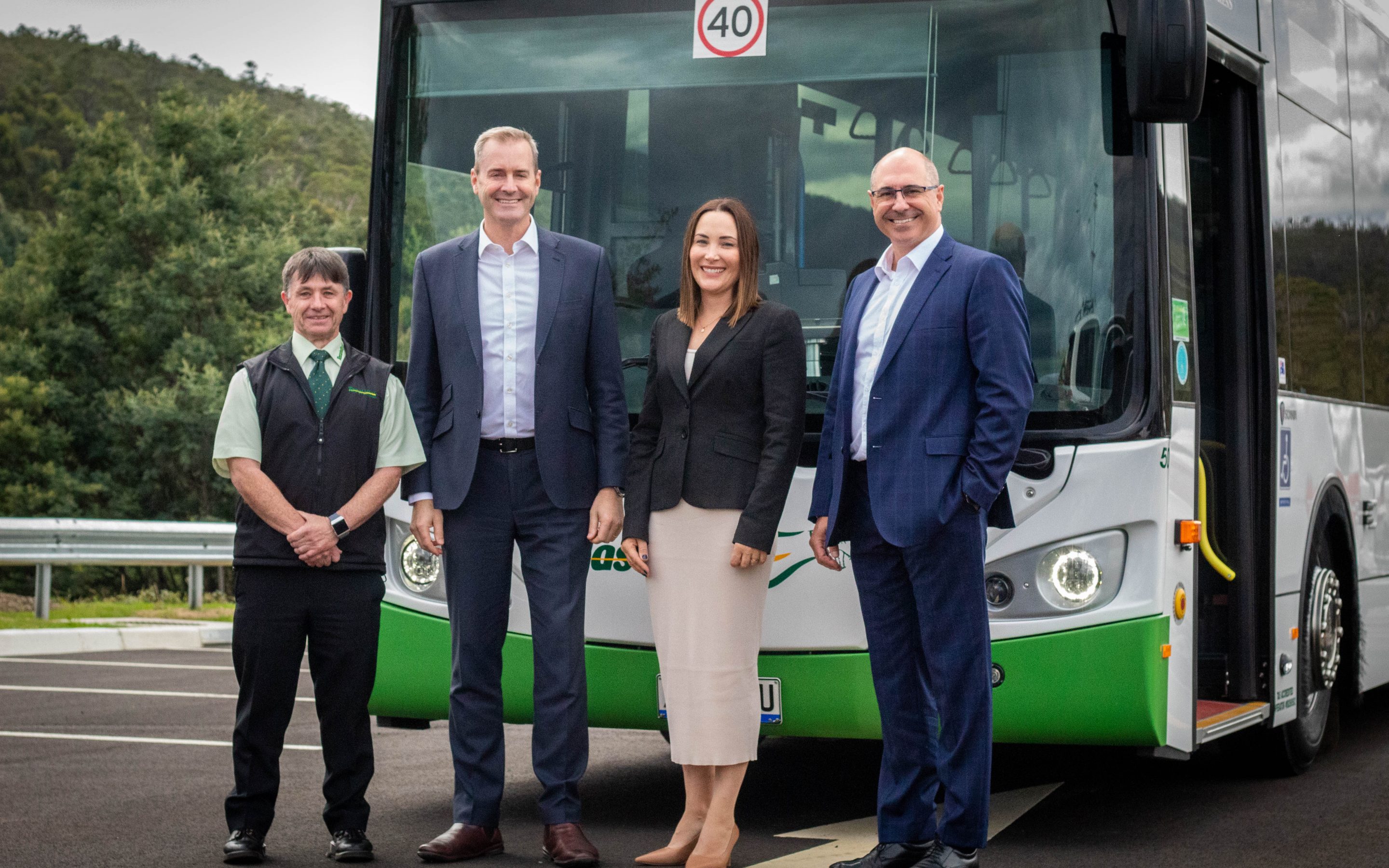 The Tasmanian Liberal Government is delivering faster and more reliable bus services between Hobart and Kingborough.

As well as a huge increase in bus services between Kingborough and Hobart, we have now built a new park and ride facility at Firthside, providing residents with a more convenient option for their daily commute.

The facility is one of two being built in the area as part of the Hobart City Deal – Southern Projects program, a suite of coordinated transport projects to improve public transport use and ease traffic congestion along the Southern Outlet.

The new facility on Browns Road provides parking for 44 vehicles, including disability and motorcycle spaces, and an upgraded bus shelter.

Minor works on the bicycle storage facility are still to be completed in the coming weeks, and, when finished, the facility will provide storage for 23 bicycles.

A second park and ride is under construction near the Algona Road roundabout in Huntingfield and will be completed in mid-2022, with parking for 174 vehicles, including motorcycle and accessible spaces. There will be a bus shelter with seating for 10 people, and a large amenities building with ambulant and wheelchair accessibility, baby change table and lock-up storage for 26 bicycles.

The new park and ride facilities provide a dedicated, purpose-built facility where commuters can leave their cars behind at no cost and travel comfortably and efficiently to Hobart.

This facility is a project that is integrated with other projects such as 70 extra bus services a day, 43 of which started operating in January 2022, and a new transit lane on the Outlet that will prioritise buses, providing reliable commute times into the Hobart CBD.

The Southern Projects also include an extra lane through the intersections with Davey and Macquarie Streets and down Macquarie Street, as well as bus priority measures on Macquarie and Davey Streets, which will make public transport a convenient alternative to private car travel.

On top of these initiatives, from Monday March 28 all public bus travel across the State will be free for five weeks to alleviate the impact of current higher fuel prices. The Tasmanian Liberal Government continues to focus on matters Tasmanians really care about.