Miss Flinders returns to the air at Launceston Airport 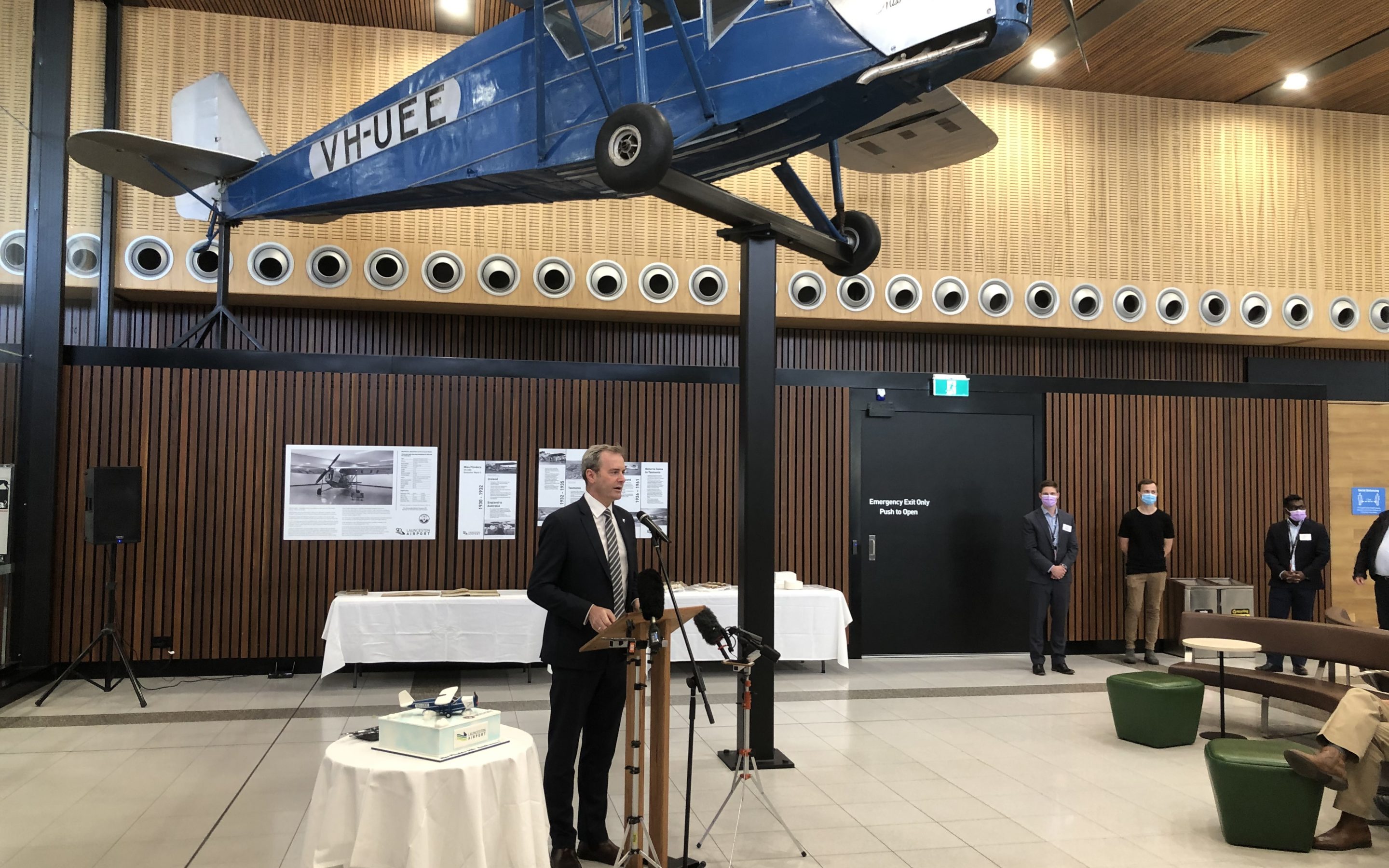 The Tasmanian Liberal Government has been pleased to help return ‘Miss Flinders’ to the air, within the confines of the Launceston Airport terminal, 90 years since the aircraft arrived in Tasmania and took her first flight to Flinders Island.

The Tasmanian Aviation Historical Society, in cooperation with the Launceston Airport, has done a fantastic job of returning the 1930 Desoutter Havilland Gipsy aircraft to ‘the skies’ in the airport terminal.

Her first flight to Flinders Island was on this very day, 18 March, 90 years ago – taking off from what was then the newly-opened Western Junction Aerodrome.

The Miss Flinders had a remarkable career, and has an equally remarkable retirement, with her ongoing preservation made possible by the dedication of many passionate enthusiasts and professionals over decades since her last commercial flight.

With a recent stint at QVMAG, it is great to have Miss Flinders back in place at the airport. She always brings a sense of awe and wonder to people passing through the terminal, young and old.

She has become an important part of the Launceston Airport, not only from her earliest days in the transport industry but also being put on display for the opening of the new terminal in 1966 as well as her return in time for the airport’s 90th anniversary last year.

Like so many who have grown up in the Launceston area, I have very fond and vivid memories of Miss Flinders suspended as if in flight at the Launceston airport. I feel so happy that she returns home, to bring wonder and local history to more children for years to come.

I encourage everyone coming through the airport to stop and have a look at this important piece of Tasmanian aviation history, and take in the interpretative display.

This project was funded by the Launceston Airport, the Tasmanian Liberal Government and the Tasmanian Aviation Historical Society in close partnership.